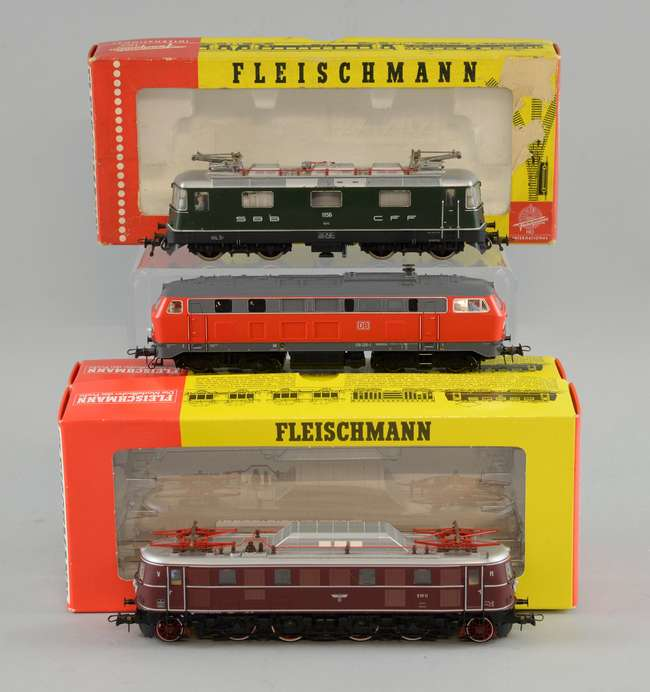 A remarkable collection of model trains discovered in a British bungalow could bring up to £35,000 ($50,000) at auction next month.
The collection, featuring close to 700 locomotives and about 400 carriages and wagons, was assembled over the course of 50 years by John Hughes.

The models were found crammed into every nook and cranny of his Brighton bungalow after he passed away in 2014, and will now be offered for sale through Ewbank’s in Surrey with a combined estimate of £25,000-£35,000.

According to his family, Hughes "hoped one day somebody would have the same pleasure and enjoyment with the trains as he did for over 50 years".

His fascination began in the 1960s with a trip to Germany, a visit which would inspire a lifetime of both collecting and travelling around Europe on the continental railway network.

"He loved Germany and was always impressed by German efficiency,” a family member said. "He used to buy trains on his travels and 70 per cent are German but there are others in the collection by French, Swiss, Belgian, Italian and Czech makers with their original prices on the boxes in all the corresponding currencies.

"He had his favourite locomotives which stayed on the track, but others he bought home he would run a couple of times to be sure they were in working order and them put them back in their boxes and store them away. They were in cupboards and wardrobes all over the bungalow."

The vast majority of models in Hughes’ collection remain boxed and in mint condition, and are likely to attract attention from fellow collectors throughout Europe.

Amongst the highlights are numerous examples from Austrian manufacturer Roco, along with rarities made by Fleischmann, Märklin, Liliput, Jouef, Lima, Brawa, Gutzoind, Piko, and Klien.

The collection will be sold as part of the Ewbank’s Toys and Model Trains sale on May 11.