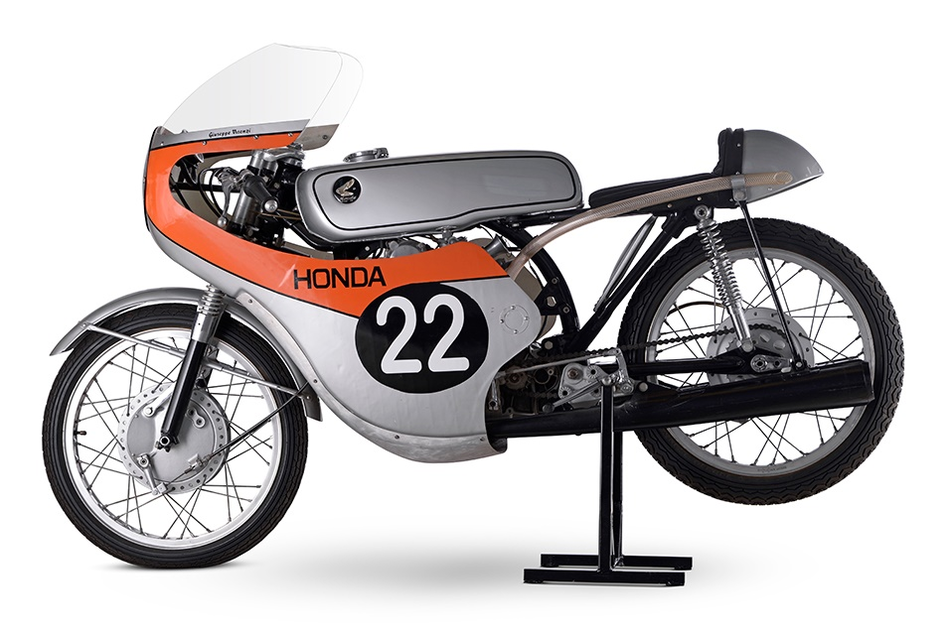 A collection of motorcycles owned by the famed Italian racer Giuseppe Visenzi will be offered for sale at Bonhams later this month.
Visenzi was a professional racer throughout the 1960s, making his World Championship debut on a Ducati 125 in 1962. He went on to achieve 2nd place in the Italian 125 championship in both 1964 and 1967, and 2nd place in the 250 and 350 championships in 1970.

In 1969 he achieved the best results of his international career, claimed 3rd place in the 350 World Championship behind Giacomo Agostini and Silvio Grassetti, during a season which included podium finishes in Spain and Finland.

Visenzi retired from racing at the end of the 1970 season, and later went on the establish the world renowned motorcycle accessories company GIVI.

His motorcycle collection will now be sold to benefit ‘Fondazione della Comunità Bresciana’ (The Community Foundation of Brescia), a charity that promotes social projects within the local Brescia community.

"Signor Visenzi was a fantastic motorcycle racer, with a collection to match," said Ben Walker, Bonhams Motorcycle Director. "He has been extremely generous in offering this wonderful selection of machines in aid of a great charity and we are delighted to have been selected to handle the sale."