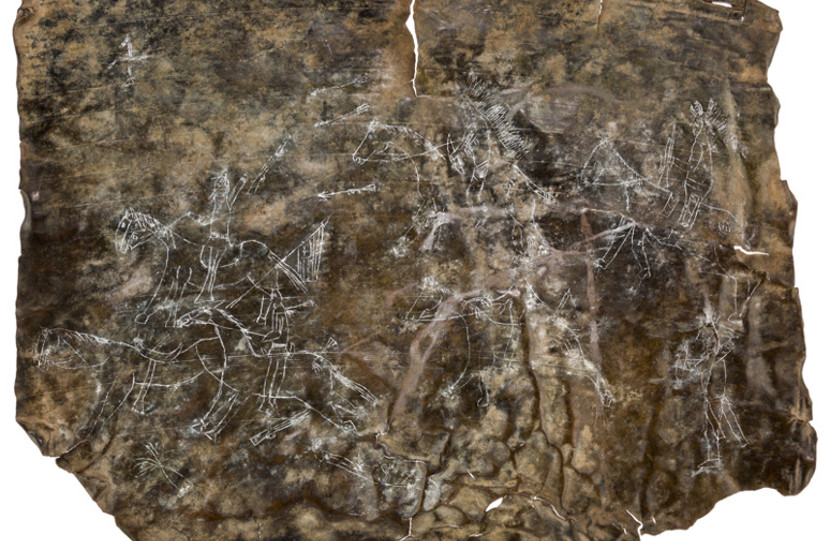 A battle scene etched onto a kettle plate by a Native American warrior is to star in a sale at Heritage Auctions.

The lot is valued at upwards of $50,000, making it one of the headline lots of the June 9 George Armstrong Custer and the Plains Indian Wars auction.

The plate was discovered at the site of Sitting Bull’s camp, close to the valley where the Battle of Little Bighorn (1876) was fought. Chances are good that it may depict this legendary Native American victory.

It shows a cohort of braves in full charge. A US soldier lies dead on the ground, his uniform easily identified by its distinctive detailing.

The piece displays a Thunderbird glyph known to have been used by three Lakota warrior artists at the time. The most likely is a man named Red Horse. &nbsp;

Archaeologist Doug Scott said in a 1997 study that the piece “appears to present unprecedented historical information on the military interactions of Native Americans and frontier US. military forces…

“The potential artists include some of the most important figures in Native American history.

Over the years the once shiny metal has turned black. Archaeologists have filled in the grooves of the engraving with chalk, which gives a spectacular clarity to the piece.

A flintlock carbine that once belonged to Sitting Bull will also feature, with an estimate in excess of $20,000.

The Parker Field rifle was made in London in 1870. Sitting Bull would have acquired it through Canadian fur trading firm the Hudson Bay Company after he led his people to the hills of Saskatchewan in 1877 (soon after his defeat of General Custer).

In 1881, Sitting Bull led the Lakota back to the US to surrender. This gun was given to one of their escorts, Captain Walter Clifford – who travelled with the tribe to Fort Buford. 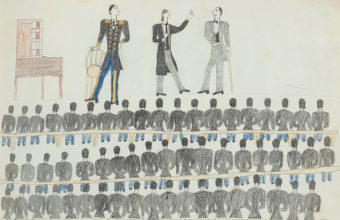