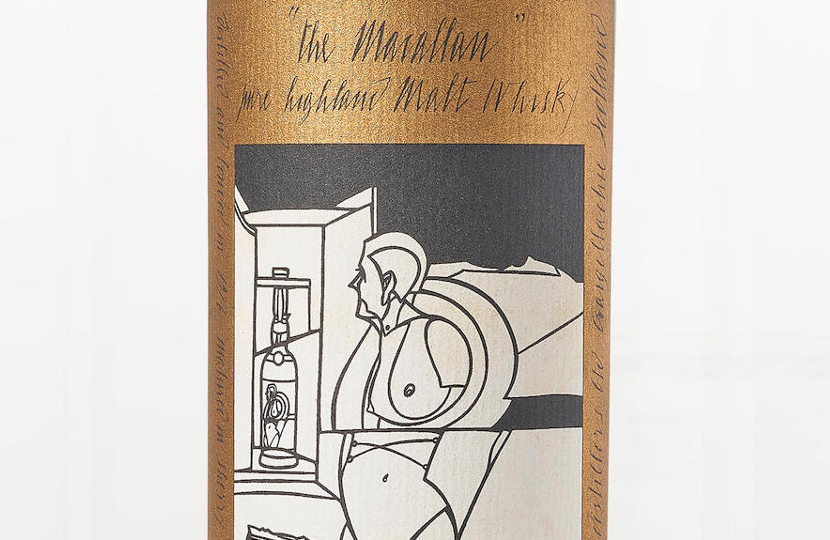 A 1926 Macallan Valerio Adami 60-Year-Old has smashed the record for a whisky bottle at auction.
The rare 750ml tipple, from the distillery’s celebrated “artists series”, sold for $1.1m at Bonhams Hong Kong on May 18. That’s $65,000 a shot.

The result came just three hours after another bottle from the same series, a Macallan Peter Blake 1926 60-Year-Old, had narrowly become the first whisky to surpass the $1m mark.

The record was previously held by a six litre decanter of Macallan ‘M’ Imperiale Lalique that made $630,000 at Sotheby’s in 2014.

Rarity is the driving factor behind the result. Just 24 of the "artists series" bottles exist, all produced in 1986. Twelve featured a design by Italian futurist artist Adami, the balance by British pop artist Blake. Macallan gave them all as gifts to its most valued clients.

"These two bottles are the most significant whiskies ever produced in the 20th century and truly presented a once-in-a-generation opportunity for collectors to acquire the Holy Grail of Macallan,” Daniel Lam, Bonhams Asia’s head of fine wine and whisky, commented afterwards.

“Active bidding came in from around the world but we saw new bidders from Southeast Asia including Vietnam, Thailand and Malaysia reflecting the growing appetite and appreciation for whisky among Asian collectors.”

It’s all evidence of the soaring demand for the finest from the distillery, and the recent growth of the entire single malt Scotch market. Exports of single malt Scotch whisky soared by 14% in value in 2017, according to the UK’s HMRC.

Another of the 12 Peter Blake bottles comes to auction at Sotheby’s New York this autumn, with a valuation of $700,000 – the highest seen for a wine or whisky bottle.