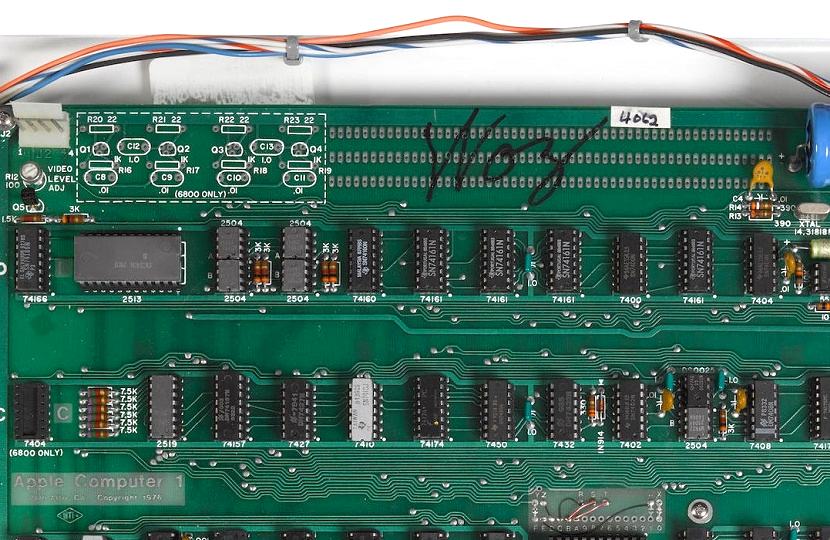 Three rare Apple computer prototypes will cross the auction block at Bonhams next month, in a sale dedicated to the history of science and technology.

Each of the devices marks a significant moment in the history of Apple Inc., as it transformed from a start-up in a Silicone Valley garage to the world’s biggest company.

Leading the trio is an original Apple-1, the pioneering computer that laid the foundation for the Apple empire back in 1976.

The Apple-1 was designed by Steve Wozniak, and was first demonstrated in 1975 at the Homebrew Computer Club in Palo Alto.

Fellow company founder Steve Jobs then obtained an order for 50 machines from a local computer store, and together the pair assembled them in his parents’ garage.

Although approximately 200 examples were ever built, the Apple-1 marked the start of the home computer revolution which would change the world.

Wozniak later wrote: “People who saw my computer could take one look at it and see the future. And it was a one-way door. Once you went through it, you could never go back.”

Just 74 examples are known to survive to this day, with only a handful of those still in working order.

This particular operational Apple-1 is particularly significant as it was used to power a prototype of its successor, the Apple-II, during its development in 1977.

Upon its release that year the Apple-II was hailed as the world’s first ‘appliance’ computer: an off-the-shelf machine aimed at consumers, rather than just hobbyists.

Signed by Steve Wozniak, and offered with an Apple-II power supply, cassette interface and the original user’s manuals, the Apple-1 is estimated to sell for $200,000 – $300,000.

The Apple Mac marked another major turning point for the company, and created a revolution in home computing later described by Apple founder Steve Wozniak:

“The development of the Macintosh computer was one of these events, and it has changed our lives forever. Every computer today is basically a Macintosh, a very different type of computer from those that preceded it.”

The original version of the Apple Macintosh utilized a disk drive known as a ‘Twiggy drive’ which had first been used in the unsuccessful Apple Lisa computer.

However the Twiggy was highly unreliable, and with time running out to complete the project Apple was forced to integrate a Sony-designed disk drive into the machine.

Project leader Steve Jobs later ordered all the existing Twiggy drive Macintosh computers to be destroyed, and today just two are known to have survived.

The computer offered at Bonhams is one of those two examples, and remains in fully operational order with its original software.

The concept of the Video Pad first appeared in 1995, in an issue of Macworld magazine focused on futuristic prototypes entitled “Secret Apple Products”.

Apple CEO John Scully sketched a design which combined a video phone with a PDA (personal digital assistant), as the company sought to imagine how communication technology, personal computers and the internet would integrate in the future.

The unique prototype on offer at Bonhams is the Video Pad #2 – one of three different initial designs, and the only one never shown to the public.

The Video Pad was so far ahead of its time that the technology it needed to work properly was still in its infancy, and the idea never made it past the prototype stage.

But in essence it marked Apple’s first step towards developing the iPhone, which changed the game once again and transformed the way in which people use technology to interact with the world around them.

The Bonhams History of Science and Technology Sale takes place in New York on December 4. 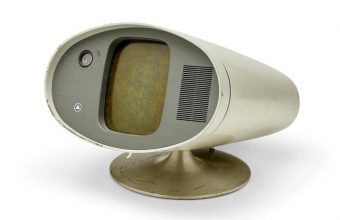 World’s first picturephone up for auction at Bonhams