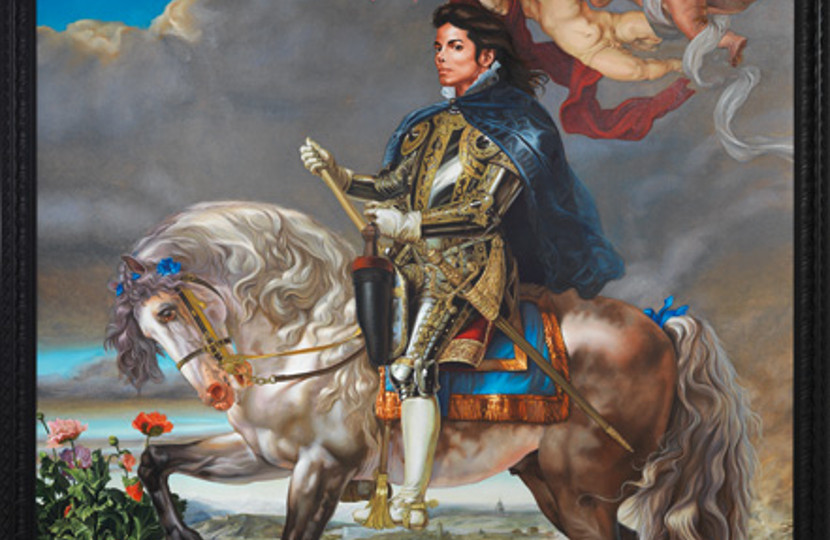 The National Portrait Gallery in London will host an exhibition of work inspired by the late “King of Pop”, Michael Jackson.

Jackson was among the most influential performers of all time. The show, titled Michael Jackson: On the Wall, celebrates the way artists have played with his image over the years.

A range of media is included, from photographs to paintings and film (a medium Jackson revolutionised with his extraordinary music videos).

Among the most arresting images is Kehinde Wiley’s portrait of Jackson on horseback. You may remember Wiley as the artist behind the recent official portrait of Barack Obama.

Curator Nicholas Cullinan told the BBC: “Wiley’s picture was the last portrait actually commissioned by Michael, who’d encountered his work in the Brooklyn Museum during a photo shoot.

“The two men alighted on the idea of a portrait which emulated Peter Paul Rubens’ famous portrait of Philip II of Spain.

“Kehinde told me that when he was working on the painting, Michael asked him about the different viscosity of the brushwork in early Rubens versus late Rubens. I think Michael had a forensic interest in craft and artistry.”

There’s also an iconic silkscreen portrait by Andy Warhol, which appeared as the cover of a 1984 edition of Time magazine. Warhol and Jackson first met in New York in 1977. As they ran in similar circles they became regular acquaintances.

Perhaps the most moving exhibit will be Candace Breitz’s 2005 short film King (A Portrait of Michael Jackson), which shows 16 people performing Thriller in tribute.

Cullinan said: “I didn’t want to end with the sadness of his passing. I hope people will think it sums up the whole show.” The exhibition will run until October 21 before travelling on to Paris, Bonn in Switzerland and Espoo in Finland.