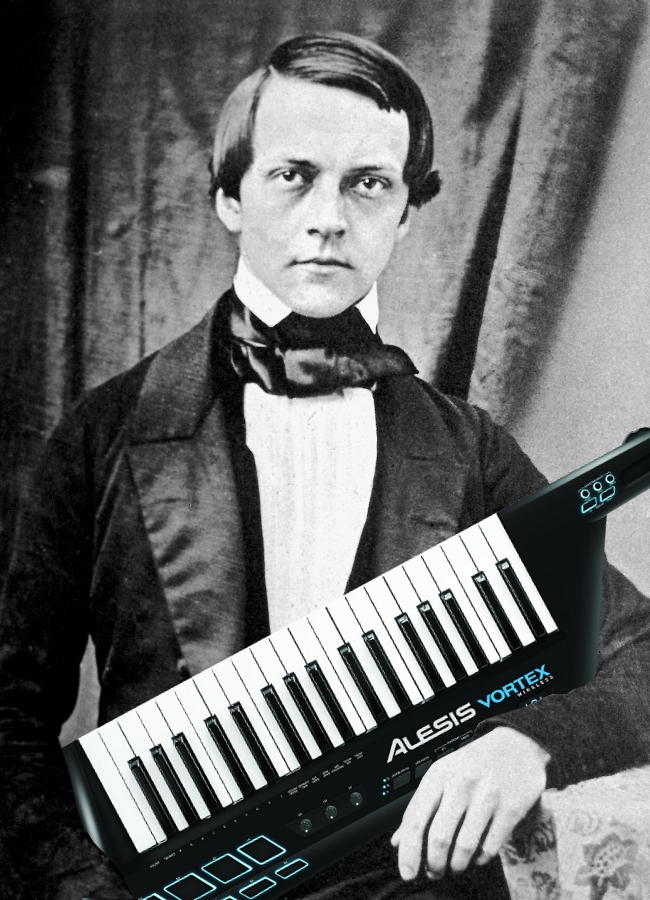 For most people, the term ‘synth pop’ is synonymous with artists such as Duran Duran, Gary Numan and The Human League.
However, there’s another name that’s just as important to the musical genre, and he was also big in the 80s. The 1880s.

Herman von Helmholtz (1821-1894) was a German doctor and physicist renowned for his contributions to science.

Helmholtz wrote extensively about his theories of vision in the human eye, the perception of sound, chemical thermodynamics and the philosophy of science.

And in the 1860s, he also just happened to invent the world’s first electronic synthesizer.

Now collectors will have the opportunity to get their hands on an original Helmholtz synthesizer, when a highly rare example goes up for sale at Sotheby’s on December 12.

The Helmholtz Sound or Vowel Synthesizer was designed to recreate both musical notes and the vowel sounds of the human voice, by combining a complex series of tones.

Helmholtz’s device created sounds using a series of tuning forks, which were made to vibrate at different tones using electromagnets.

When a key on the keyboard was pressed, it would open a shutter in front of the corresponding fork and allow the sound waves to enter a resonator.

A sliding switch could then be used to alter the distance between the fork and the resonator, changing the intensity of the tone.

By combining several keys at once, the synthesizer could recreate the vowel sounds A,E,I,O and U – or just play a catchy tune, depending on who was operating it.

The device offered at Sotheby’s is constructed from mahogany and brass, and was made circa 1905 by Max Kohl of Chemnitz, one of the most famous scientific instrument makers of the late 19th and 20th centuries.

Original Helmholtz synthesizers are extremely rare, and it’s believed that just a single example exists in a U.S. museum collection.

This is one of the few examples remaining in private hands, and remarkably remains in working order, more than a century after it was first played.

But it’s amazing to think that such an important scientific artifact could also have given birth to electronic music as we know it.