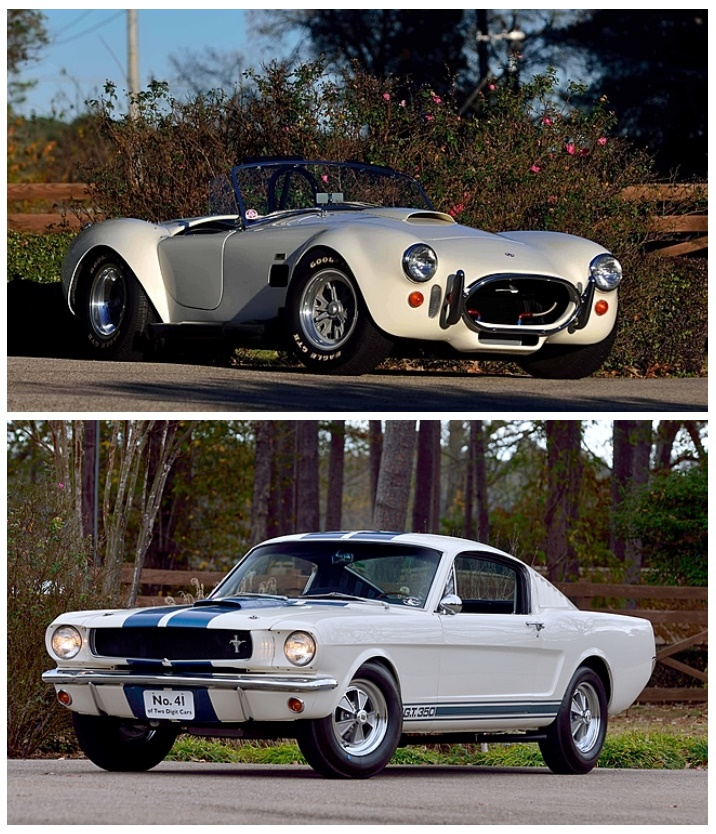 A stunning private collection of Shelby cars will cross the block as part of the forthcoming Mecum sale in Indianapolis.
The company’s 29th annual Original Spring Classic auction will offer 17 vehicles from the collection of renowned Shelby aficionado Joe McMurrey of Longview, Texas.

Leading the collection will be a 1967 Shelby 427 Cobra roadster, described as "arguably one of the finest of its kind in the world". Featuring its original black leather interior, and newly finished in its original Wimbledon White paint, the car has a known ownership from new and just 20,165 original miles on the clock.

Also amongst the standout lots are a pair of rare and desirable Shelby GT350 fastbacks. The first, built in 1965, features the two-digit serial-number ’41’, making it one of the earliest examples completed at the new Shelby facility at the Los Angeles airport.

The second, dating from 1967, is one of just 35 factory Paxton Supercharged examples and will be offered following a "stunning" professional restoration.

Further highlights from the collection will include a 1968 Shelby GT500KR convertible, a 1965 Griffith Series 200, a 1967 Sunbeam Tiger MkII roadster and a 1999 Shelby Series 1 roadster.

"McMurrey, who resides just an hour away from the birthplace of Carroll Shelby, is a dedicated enthusiast and admirer of the American icon, especially of those vehicles with ties to Shelby," said a spokesperson for the auction house.

"His private collection boasts a healthy-sized lineup of automobiles that hit all the high notes: rarity, drivability, documentation and collectability. This impressive assemblage even caught the attention of Shelby himself, who personally visited the McMurrey Collection in October 2011. McMurrey is excited to pass on a little piece of the Shelby legacy to the next caretakers of these cars and is ready to take that leap."

The Mecum Original Spring Classic auction takes place at the Indiana State Fairgrounds in Indianapolis on May 17-21.