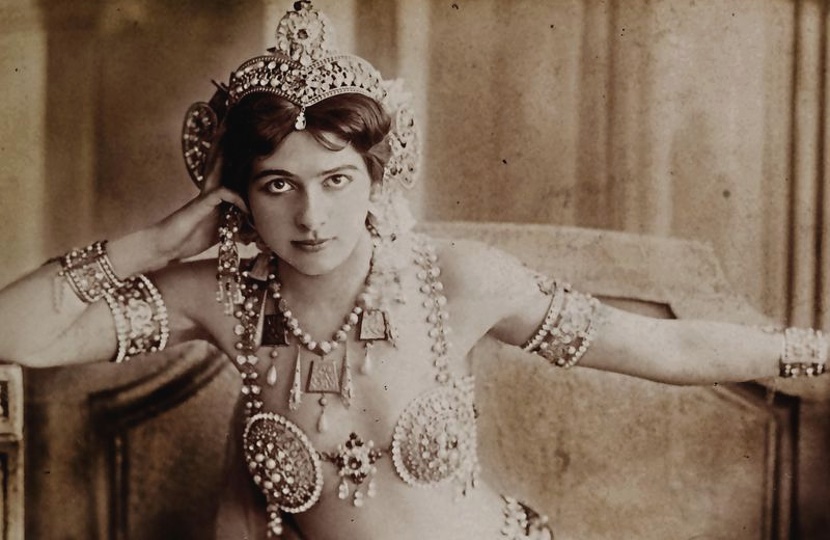 Mata Hari, the famous exotic dancer and courtesan who was executed as a spy in France during WWI

A collection of love letters written by the notorious WWI spy Mata Hari is heading for auction at Nate D. Sanders later this month.

The letters offer an insight into the personal life of Hari, who would become one of the 20th century’s most iconic ‘femme fatales’.

Her remarkable life has inspired dozens of films, books, stage musicals and even an opera – and now collectors will have the chance to own an intimate piece of her legend for themselves.

The ten letters are believed to date from 1914-15, and were written to her lover Piet van der Hem, a then-unknown Dutch artist living in Paris.

They reveal a fiery woman with an equally sensitive side to her nature, strong-willed in the face of her critics, yet tender and seeking emotional support from her lover.

Together they are expected to sell for more than $12,000 in the online auction, which ends on Thursday August 30.

Hari – real name Margaretha Geertruida Zelle – was born in the Netherlands in 1876, and in 1905 rose to fame as an exotic dancer in Paris, where she claimed to be a Javanese princess.

She soared to international fame over the next decade, with one Parisian critic describing her act as “so feline, extremely feminine, majestically tragic, the thousand curves and movements of her body trembling in a thousand rhythms”.

By 1915 her dancing career was in decline and she instead became a courtesan, engaged in numerous relationships with men of influence, including high-ranking military officers, politicians and wealthy industrialists.

Hari was then recruited by French military intelligence to seduce German Crown Prince Wilhelm and obtain state secrets from him.

However, she was later accused of acting as a double agent for Germany, and was placed on trial in Paris in 1916, where she famously exclaimed in court “A harlot? Yes, but a traitor, never!”

Despite denying all charges and a complete lack of evidence she was found guilty, and on October 15, 1917 she was executed by a French firing squad – having declined a blindfold, and defiantly blown a kiss to them before they shot her.

During the last days of her dancing career one of her lovers was the young Dutch artist Piet van der Hem, who was neither wealthy nor powerful, but the pair shared a close relationship as revealed by her letters to him.

In one letter she writes “I am a very ambitious woman myself and when I feel an affinity for someone than I have the same ambitious feelings as strongly for him.”

She also described the reactions to her dancing in different cities around Europe, and how the press had treated her badly during her tours, writing:

“So read a bit what these journalist pigs dare to write. I asked my lawyer if the individual was worth the effort of a slap. He told me no. So I leave him be.”

One particular letter paints her as passionate yet world-weary, having experienced enough for several lifetimes, and certainly not a woman to be crossed:

”My dear Piet, I understand very well when a woman forgives the lover that she depends on, but since I loved you only for who you are, I do not forgive you. I am too proud for that, and besides, I don’t think reasonably when in love.

“I laugh at those women who write about bouquets of flowers and who talk about ‘forgiveness’ that they don’t feel. Come now, Piet. I have lived too long in Paris, and I know life. I also reason when the game has high stakes. And then, for my part, I take revenge…”

Seven of the letters are written in French and three in Dutch, with two of the letters signed ”Mata Hari” and seven with her given name ”Marquerite” – suggesting a complicated woman with many different aspects to her life. 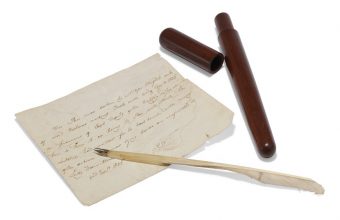