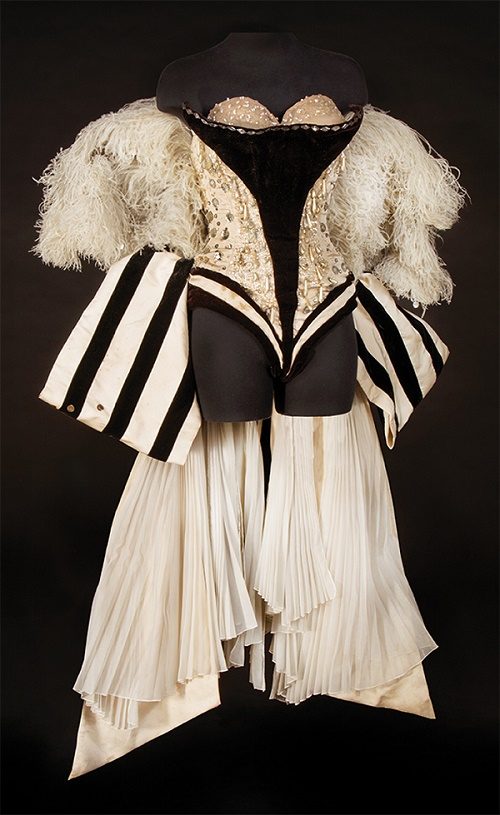 A circus showgirl outfit worn by Marilyn Monroe could bring up to $250,000 at auction in California later this month.
The outfit, worn by Monroe whilst riding an elephant at Madison Square Garden, is one of the headline lots in the latest Profiles in History sale of Hollywood memorabilia.

Following the end of filming on The Seven Year Itch in November 1954, Monroe had retreated to New York, to study her craft with Lee Strasberg at the Actor’s Studio. She also became embroiled in a legal dispute with 20th Century Fox over her contract, and was in the midst of a painful divorce from husband Joe DiMaggio.

With no acting roles, Monroe arranged publicity for herself throughout the year including on particularly spectacular appearance during a charity benefit at Madison Square Garden.

The gala, hosted to raise funds for the Arthritis and Rheumatism Foundation, was organized by Mike Todd, the American theatre and film producer who later won an Academy Award for Around the World in 80 Days and became Elizabeth Taylor’s third husband.

The circus-themed event featured performers and animals from both Ringling Brothers and Barnum & Bailey. Todd had previously hosted a similar event back in 1951, at which Marlene Deitrich served as the circus ringmaster, so this time round he decided to go one better – with the remarkable sight of Marilyn Monroe riding atop a pink elephant.

It was intended as Monroe’s return to the spotlight following her much publicized divorce, and an opportunity for her to announce the formation of her new production company.

She entered the ring riding the elephant, wearing this spectacular showgirl costume made from ivory taffeta, black velvet, rhinestones, teardrop pearls, faux diamonds and blonde ostrich feathers, designed to catch the light from every angle of the arena.

Following the event the costume was retained by Monroe’s close friend and business partner Milton H. Greene, vice president of Marilyn Monroe Productions, who later passed it down to his son.

This stunning outfit, worn during one of the most remarkable public appearances of Monroe’s career, is now expected to sell for $250,000 – $350,000.