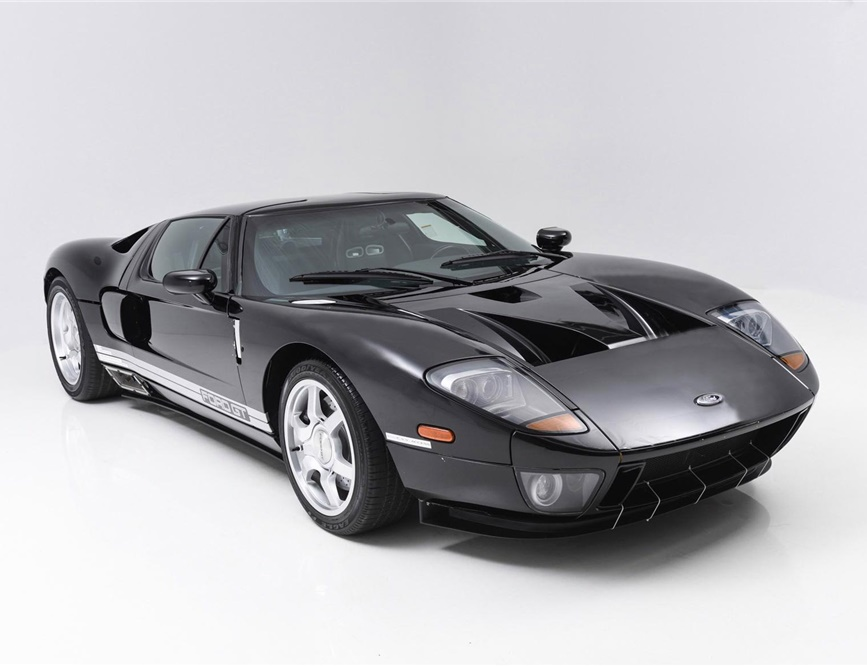 An extremely rare 2003 Ford GT Prototype will be amongst the leading lots of Barrett-Jackson’s inaugural Northeast Auction
The car, VIN #004, was the first Ford GT prototype fitted with a full drive train and interior, with three earlier examples built for exhibition purposes only.

"The announcement of this extremely rare Ford GT prototype crossing our block in June is exciting news for Ford and supercar fans alike," added Steve Davis, president of Barrett-Jackson.

"It is especially relevant with the anticipation of the Ford GT returning to Le Mans in 2016 to mark the 50th anniversary of the GT40 win in 1966 as well as the soon-to-be-released street version."

As the first fully working version of the iconic car, the prototype also includes features which never made it into the final version, including silver trim rings on the seats and the Camillo Pardo-designed all-aluminum headliner, along with a set of experimental exhaust pipes and the steering column from a Ford Windstar.

However, the prototype is not street legal and remains for display purpose only, having been fitted with a chip in the engine to limit top speed to 5 mph by Ford engineers.

"The Ford GT has commanded incredible attention from collectors in recent years," said Craig Jackson, chairman and CEO of Barrett-Jackson.

"Several with great provenances have crossed our block, but a prototype like CP-1 is an ultra-rare and enviable piece of automotive history. The fact that the car was even sold for display use makes this a very rare purchase opportunity for a collector."

The Barrett-Jackson sale takes place at the Mohegan Sun resort and casino in Connecticut on June 23-25.