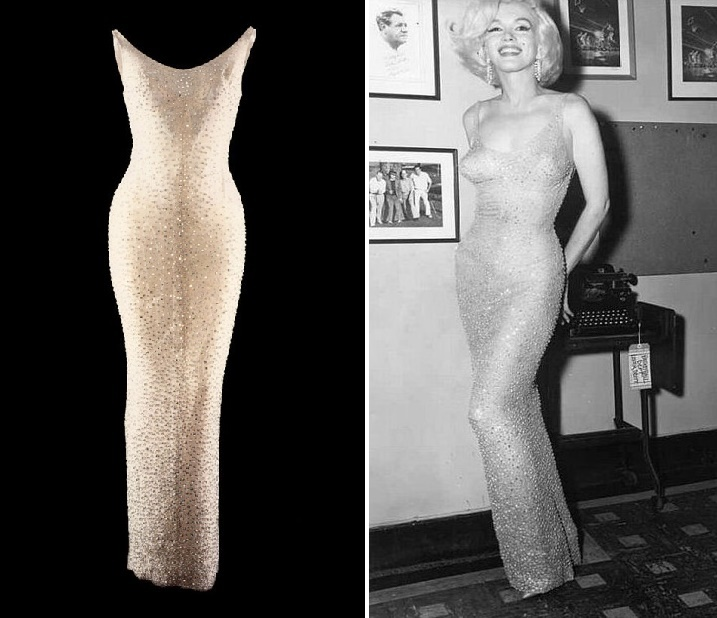 The dress worn by Marilyn Monroe as she serenaded U.S President John F. Kennedy could be set for a record-breaking auction in New York.
Julien’s Auctions will offer the outfit, described as "the most iconic Marilyn Monroe object of all time", as part of their blockbuster auction dedicated to the Hollywood star which takes place on November 17.

Monroe wore the sheer sparkling cocktail dress to JFK’s 45th birthday celebration at Madison Square Garden, where she took to the stage and sang perhaps the most famous version of ‘Happy Birthday’ in history.

The performance is regarded as "one of the most iconic moments in entertainment and political history", with Monroe’s sultry tone and the revealing nature of her outfit fuelling rumours that the pair had engaged in a secret affair.

"That rendition has lived on for decades as one of the most remarkable events in her career and certainly one of the most storied tales in popular culture history — a moment in time squarely at the center of the 1960s, Hollywood and Camelot. We are incredibly privileged to have the opportunity to offer this amazing dress to collectors, fans and contemporary art enthusiasts around the world."

The dress itself was based on a sketch by Bob Mackie, and custom-made by Jean Louis. Featuring 2,500 hand-stitched crystals, the dress was so tight that Monroe was unable to wear anything beneath it, and had to be sewn into it moments before she took to the podium.

The dress last sold in 1999, as part of the landmark Marilyn Monroe Estate sale at Christie’s, where it fetched $1,267,500, setting a new world record price for any dress sold at auction.

The record is currently held by another of Monroe’s dresses – the even more iconic white dress worn in The Seven Year Itch, in which it blows up around her waist above a subway vent. That dress sold at Profiles in History in 2011, as part of the renowned Debbie Reynolds Collection, for $5,658,000, but some experts believe the record could be broken once more.

"This dress, this story, this momentous occasion represents a defining moment in history," added Martin Nolan, Executive Director of Julien’s Auctions. "This auction will remind the world why Marilyn Monroe remains an icon."