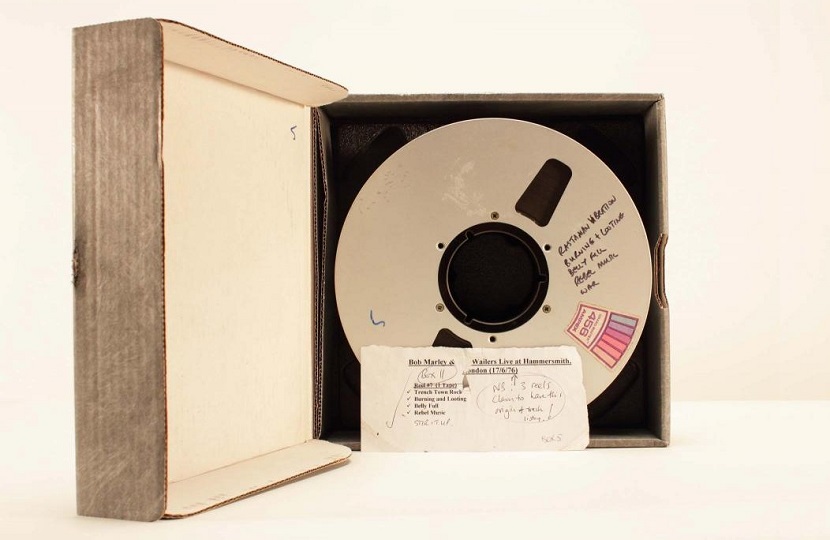 A collection of ‘lost’ Bob Marley tapes is heading to auction this month, after spending more than 40 years hidden in the damp basement of a London hotel.

The 10 reel-to-reel tapes feature live recording of Marley and The Wailers performing in London and Paris between 1974 and 1978.

The tapes were originally discovered in 2017, whilst builders were clearing out the basement of a north London hotel where Marley and his band often stayed during their European tours in the mid-1970s.

Having been painstakingly restored, the recordings will now be offered for sale at Omega Auctions on May 21, where they’re expected to fetch upwards of £25,000 each.

The tapes were rescued from oblivion by Bob Marley fan Joe Gatt and his business partner, jazz singer Louis Hoover, who paid a reported £25,000 to preserve them.

“When I saw the labels and footnotes on the tapes, I could not believe my eyes, but then I saw how severely water damaged they were,” Hoover told The Guardian in 2017.

“There was literally plasticised gunk oozing from every inch and, in truth, saving the sound quality of the recordings, looked like it was going to be a hopeless task.”

The job of rescuing the tapes was given to sound engineer Martin Nichols, who spent two years carefully cleaning them inch by inch until they were ready to be remastered.

Marley and the Wailers can be heard performing many of their biggest hits, such as ‘Lively Up Yourself’, ‘I Shot The Sheriff’, ‘Get Up, Stand Up’, ‘No Woman No Cry’ and ‘Jamming’.

The shows were recording by Island Records using what was the world’s only mobile 24-track recording studio, which belonged to The Rolling Stones.

The mystery of how the tapes ended up in the hotel basement was then solved during a phone-in on a local London radio show.

Having heard about the tapes’ initial discovery, a former friend of Bob Marley called in to tell the story: he and Marley had spent a night drinking in the hotel bar, and when they realized they didn’t have enough money to pay the bill, Marley gave the tapes to the hotel manager as security until the next time he returned.

However, he never stayed at the hotel again and tragically passed away from cancer in 1981. The tapes then lay hidden in the basement for four decades, slowly rotting away beneath layers of mold, until they were rediscovered during refurbishment.

Now digitally remastered, the tapes look set to spark interest from collectors and Bob Marley fans around the world.

Up until now only a handful of people have ever heard the remastered tapes, including Hoover, who told The Guardian: “It made the hair on the back of our necks stand up and genuine shivers ran up our spines with joy.

“The experience was comparable to, say, finding Van Gogh’s easel, paint pallet and paints in an old room somewhere, then Vincent emerges through a secret door to paint 26 of his finest masterpieces … purely for us.” 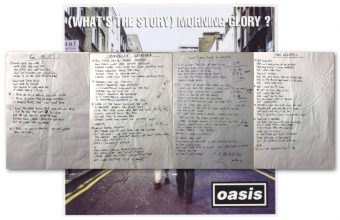