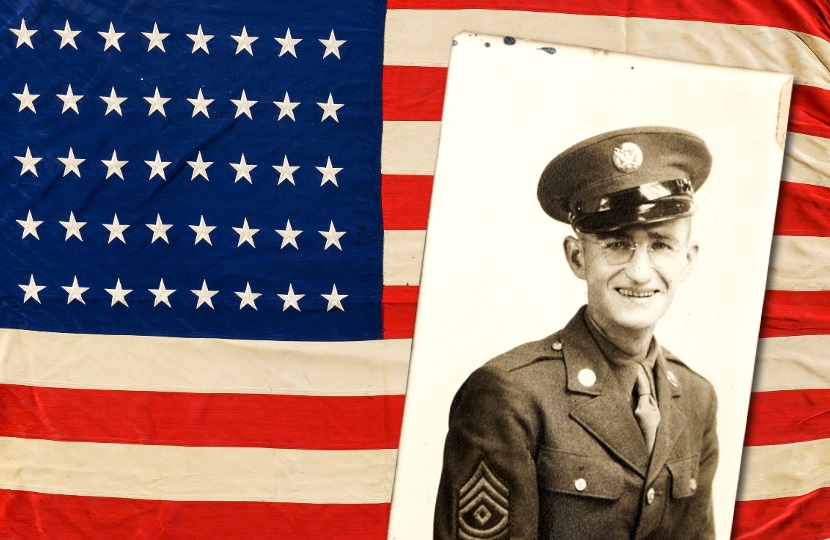 A U.S flag believed to be the first planted on Omaha Beach during the WWII D-Day landings will be offered for sale at Heritage Auctions next month.

The historic flag is amongst the star lots in the Heritage Arms & Armor, Civil War & Militaria Signature Auction, which takes place in Dallas on June 9.

According to Heritage, “This remarkable star-spangled banner, symbolizing the claiming of Omaha Beach, and our nation’s noblest standards of freedom and democracy, stands as one of the most significant battle flags ever presented to the collecting community.”

The D-Day Landings of June 6, 1944 constituted the largest-ever seaborne invasion in military history, as 156,000 Allied troops landed on the beaches of Normandy.

An estimated 10,000 men were injured during the operation, and 4,414 lost their lives, with Omaha Beach the scene of the most casualties.

The flag was rescued from the beach by Sergeant John E. Horvath of Columbus, Ohio, a U.S Army engineer believed to have served with the 121st Combat Engineer Battalion, attached to the 29th Infantry Division of V Corps.

Horvath and his fellow engineers were part of the first wave of soldiers to land on Omaha Beach, tasked with removing both natural and man-made obstacles to prepare the beach for the rest of the troops.

As such, they found themselves amidst the bloodiest fighting of the entire operation and an estimated 40% of engineers lost their lives.

Horvath himself was injured, and spent 10 days in a military hospital before returning to duty, as the push into Europe continued and the Nazis were finally crushed.

In August 1944, three months after the successful invasion, Sergeant Horvath’s wife received the flag in a package, along with a plastic whistle, two knives and a letter from her husband.

“Take care of the flag. It’s the first one which went up on the beachhead, two hours after the invasion started. I had to use my tent pole to raise it,” he wrote, adding that the whistle had “once belonged to a German first sergeant. He won’t blow it any more.”

The flag clearly bears the scars of battle, and the 1944 newspaper article documents the damage and repairs: “Maybe the flag dragged as the engineer sergeant carried it ashore. Maybe it was torn down during the fighting. It looks as though it had been. Its surface is smeared and stained, its silk battalion fringe frayed.”

Sergeant Horvath passed away in the early 1960s and his collection of WWII memorabilia was later passed down to his nephew.

The flag will be sold alongside a collection of Sergeant Horvath’s medals and ribbons, which include his Purple Heart and Good Conduct medal; a Presidential Unit Citation; a WWII Victory; and a Purple Heart/Good Conduct/European Theater ribbon bearing four Bronze Stars and an Arrowhead Device.

Although the auction house hasn’t given the flag a pre-sale estimate, recent auction sales could point to its potential value.

In 2016 Heritage offered the U.S flag from the first boat to land at Utah Beach during the invasion, from the collection of its commander Lieutenant Howard Vander Beek.