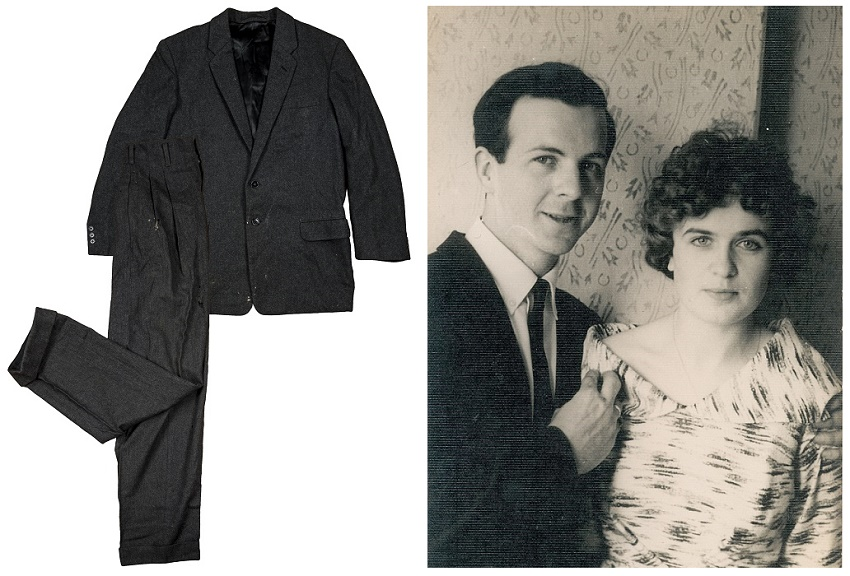 The wedding suit of presidential assassin Lee Harvey Oswald is currently up for sale, as part of an online of auction of JFK-related memorabilia.

Oswald originally acquired the gray wool two-piece suit in Japan, whilst serving as a marine at the Naval Air Facility Atsugi near Yokohama from September 1957 to October 1958.

He later took it with him when he defected to the Soviet Union in October 1959, and wore it on his wedding day of April 30, 1961 when he married Marina Nikolayevna Prusakova.

The suit is even described briefly in the Warren Commission report into the JFK assassination, where it’s described as being “of Russian make and purchase, poor fitting and of heavy fabric which, despite its unsuitability to the weather of Texas and Louisiana and his obvious discomfort, he wore on the few occasions that required dress.”

Accompanied by several photographs, the suit – worn by one of the most notorious figures of the 20th century – is valued at more than $7,000.

Other personal items owned by Oswald offered in the sale include a blue wool overcoat also acquired in Japan, the chess set his mother bought him as a teenager in New Orleans, and a letter written to his mother whilst in the Soviet Union, which was later used as evidence by the Warren Commission.

Notable lots include one of only 15 Christmas cards signed by the President and his wife in November 1963, just days before he was killed, valued at $7,000+; a sealed bottle of Haig & Haig Pinch blended scotch whiskey, given to JFK after he won the 1960 Presidential election, estimated at $3,500+; Jacqueline Kennedy’s Christian Dior black satin clutch bag, estimated at $4,000+; and a JFK-signed copy of a special edition of Life Magazine, covering his inauguration in 1961, valued at $2,500+.

Bidding in the online sale runs until May 7.