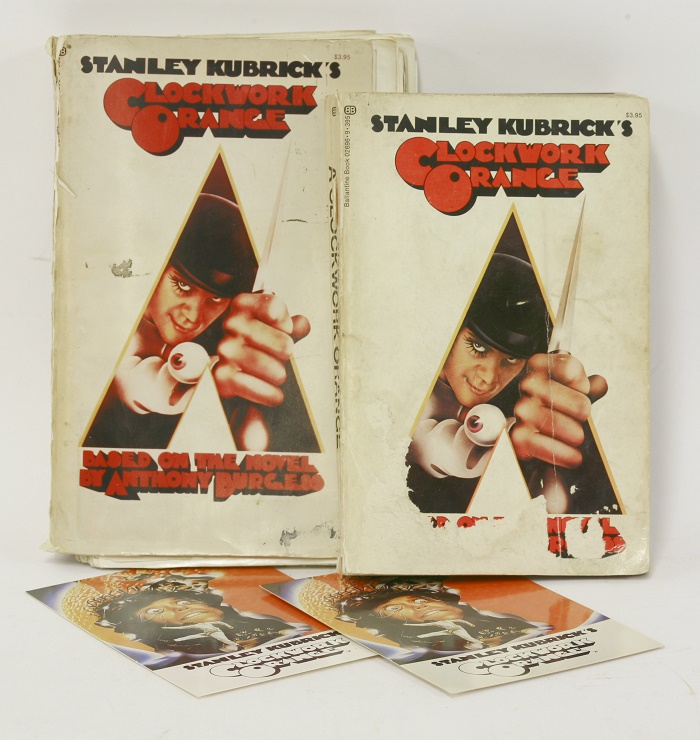 A copy of the illustrated screenplay to A Clockwork Orange owned by Stanley Kubrick himself is up for sale in a U.K auction house.
The unique, unbound proof copy features the first half of the book, with Kubrick’s handwritten notes which he later sent back to publishers.

In his introduction to the book, which was published upon the film’s release in 1971, Kubrick wrote:

“I have always wondered if there might be a more meaningful way to present a book about a film. To make, as it were, a complete graphic representation of the film, cut by cut, with the dialogue printed in the proper place in relation to the cuts, so that within the limits of still photos and words, an accurate (and I hope interesting) record of a film might be available… This book represents that attempt.”

The proof copy offers a rare insight into Kubrick’s famously secretive creative process, and features annotations and corrections which were later used in the finished book.

Not long after the volume was published, Kubrick ordered A Clockwork Orange to be withdrawn from British cinemas, after it was spuriously linked to a series of real-life copycat crimes. It then remained banned in the U.K for 27 years, until the director’s death in 1999.

Items relating to Kubrick’s work and memorabilia from the film rarely appear for sale. The iconic bowler hat worn onscreen by Malcolm McDowell in the film sold at auction in 2008 for $8,000, and the sword cane prop sold back in 1999 for $23,000.

Kubrick’s proof copy of the screenplay is expected to sell for £400-£800 when it crosses the auction block at Sworders in Essex, as part of the company’s ‘Books and Maps’ auction on April 26.