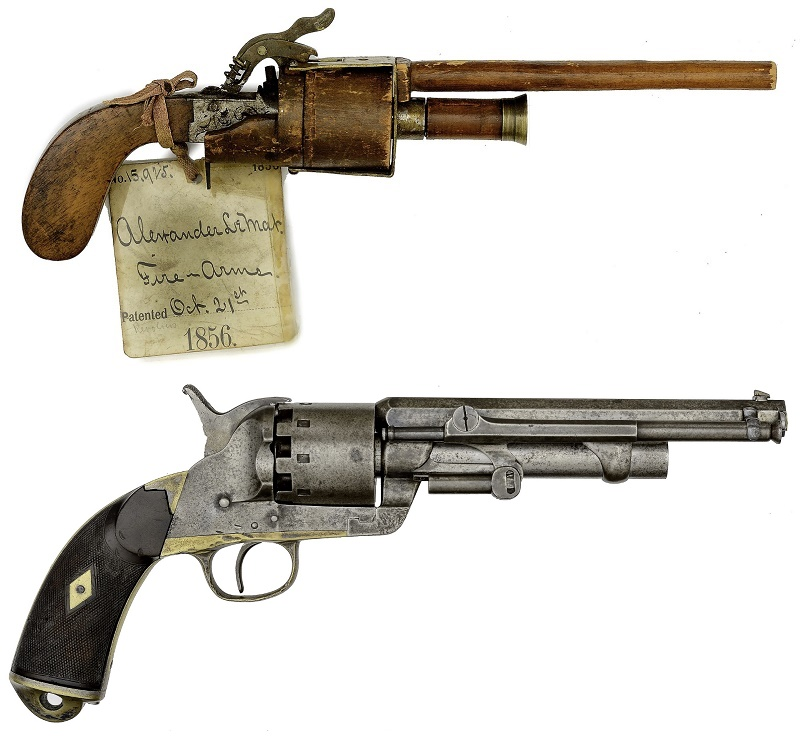 One of the world’s greatest collections of Confederate firearms will cross the block at Cowan’s Auctions next week.

Assembled over the course of 65 years, the Cliff and Lynne Young Collection features some of the finest and rarest weapons ever produced by the Confederates during the U.S Civil War.

Weapons from the collection will be offered as part of the Cowan’s Historic Firearms and Militaria Auction in Cincinnati on April 26-27.

“There are collectors who just buy Confederate arms. Cliff went deeper than that. Quality and historical significance were paramount,” said Jack Lewis, Cowan’s director of Historic Firearms and Early Militaria. “These are truly the best known examples of some of the rarest Confederate weapons ever produced.”

Young’s passion and expertise in his field led him to serve as president of the American Society of Arms Collectors, and receive accolades including the Lifetime Achievement Award of the Massachusetts Antique Arms Collectors.

He spent a lifetime acquiring the finest examples by makers such as Cofer, Dance, Leech and Rigdon, LeMat, who produced weapons in such small numbers that few survive to this day.

“Most of Cliff’s weapons were traded privately among high-end Confederate collectors and were never offered on the open market,” said Lewis. “Many collectors have seen these guns photographed in books for years but have never had an opportunity to buy them.”

The collection will be led by a highly rare Cofer Third Type revolver in its original holster. As one of around a dozen surviving examples, the historically important handgun is expected to sell for $250,000-$350,000. (Read our full story on the Cofer revolver here.)

Further notable highlights will include a cased Second Model LeMat percussion revolver, offered in near-mint condition with an estimate of $70,000-$110,000;

An engraved Paris Second Model LeMat percussion revolver, one of about a dozen Baby LeMats known to exist, valued at $75,000-$100,000;

The finest-known Tarpley breech-loading carbine in existence, identified to a Confederate trooper in Waul’s Texas Legion, estimated at $70,000 to $100,000.

“Collectors like to brag they own the best of the best, but the God’s honest truth is it’s there in the Young collection,” said Lewis. “The auctions of the Young Collection will present a once-in-a-lifetime opportunity to obtain items from a legendary collection.”

In total, 42 pieces from the collection will be offered in this month’s sale, with more set to follow in November 2016 and spring 2017.

In addition, the Cowan’s sale will feature a wealth of quality firearms and militaria including the Raymond Geddes collection of Civil War arms and the second offering of European and American arms from the Mel Flanagan collection.