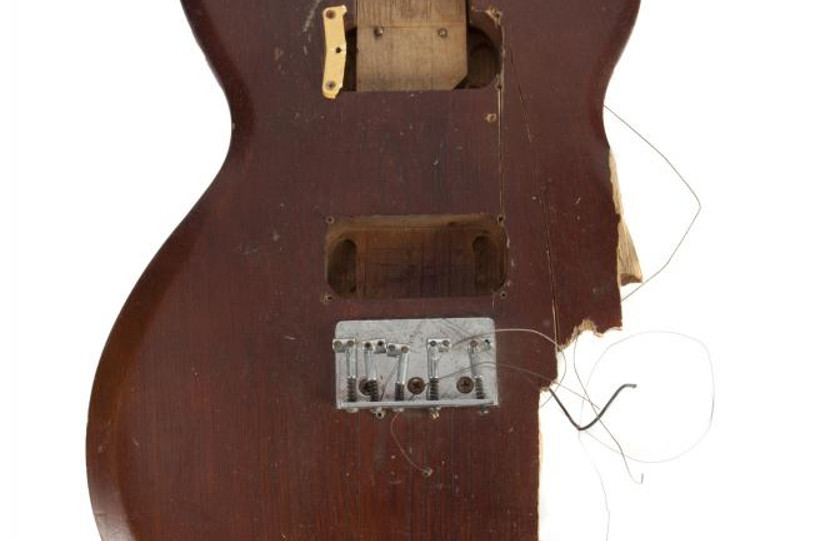 An electric guitar body that Kurt Cobain smashed to pieces onstage in Seattle on September 22, 1990 led a sale at Julien’s Auctions.

The Aria Pro II Cardinal Series achieved $81,250 against a $60,000 estimate on May 19, a result that demonstrates the rising demand for Nirvana memorabilia at auction.

The September date is important. It’s the night Nirvana played their largest show to date, at the Motorsports International Garage in front of 1,500 people. At the time they were already recording Nevermind, their breakout album.

Drummer Dave Grohl would complete the line-up two weeks later. He was in the crowd during the show.

This was actually one of Cobain’s favourite guitars at the time. He’d played it on tour throughout 1990 and appears to have smashed it in the heat of the moment. In the aftermath, bouncer Richard Newland removed the pickups from the body at Cobain’s request.

This isn’t the first time a smashed Nirvana guitar has sold for a huge sum of money. A Univox Hi-Flier Cobain wrecked at the climax of a 1989 show at Maxwell’s in Hoboken, New Jersey made $56,250 in 2016.

The sale follows on from the auction of a signed Nirvana photograph for $11,693 at RR Auction last week.

That is a record for the star at auction. The jumpsuit was originally valued at just $6,000.

Houston is the 13th biggest selling artist of all time. She’s sold a total of 114.9m records worldwide, a figure that ties her with Celine Dion and AC/DC.

Her enormous popularity ensures a devoted base of buyers. A sale hosted at Heritage Auctions in 2016 pulled in $500,000, with the top spot going to a pair of Nike trainers Michael Jordan gifted her that made $20,000. 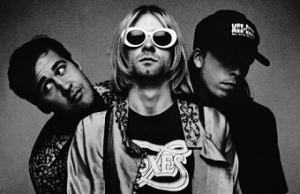 Nirvana Memorabilia: The World's Most Valuable Items Ever Sold