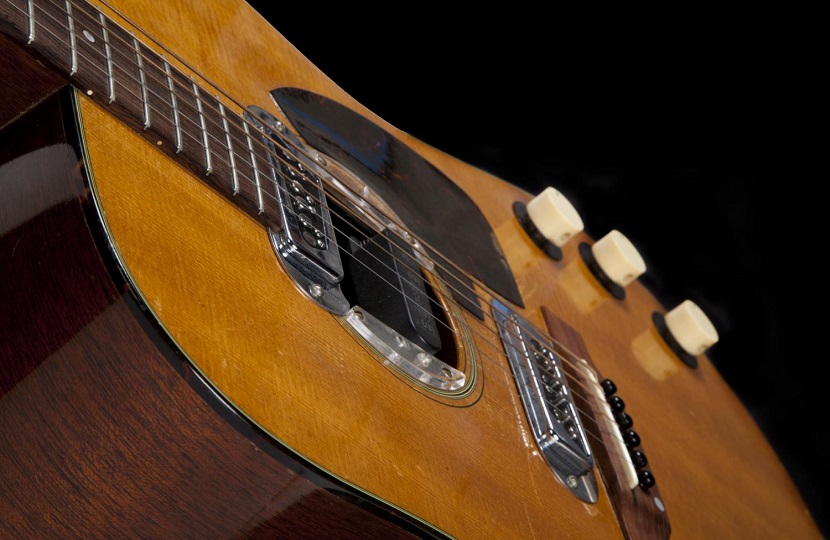 The guitar was originally estimated to sell for $1 – $2 million, but stunned experts when it soared to a final price of $6,010,000, setting five new world records in the process.

Cobain’s 1959 Martin D-18E acoustic-electric guitar is now the world’s most valuable guitar, and the most expensive item of music memorabilia ever sold at auction.

The sale also set new auction records for the most valuable acoustic guitar, Martin guitar and item of Nirvana memorabilia.

Prior to the sale on June 20, the world’s most valuable guitar was the 1969 Black Fender Stratocaster used by Pink Floyd legend David Gilmour, which sold at Christie’s in June 2019 for $3,975,000.

Cobain’s guitar also outsold historic instruments including the Fender Stratocaster played by Jimi Hendrix at the 1969 Woodstock festival, and the Gibson guitar which John Lennon used to write the Beatles’ early hits.

Nirvana’s performance for the MTV Unplugged show was recorded live in New York in November 1993, just five months before Cobain took his own life.

Eschewing the hits that made them famous, the band instead played an intimate and decidedly uncommercial set of their early songs, along with covers of tracks by the likes of David Bowie, Robert Johnson and Meat Puppets.

The show went on to become one of the most acclaimed live albums of all-time, and is widely regarded as the most finest of the band’s career, focused around Cobain’s intense performance and raw vocals.

The new owner of the guitar is Peter Freedman, Founder of RØDE Microphones, who beat off competition from bidders around the world to secure the instrument.

“Nirvana’s ‘Unplugged’ is one of my favourite records of all time, and easily one of the best live performances ever captured on film,” said Mr. Freedman in a statement following the auction.

“They were a huge influence on me; the early-90s were RØDE’s formative years, and Nirvana’s music was very much the soundtrack to that time in my life and that era of the company.

“When I heard that this iconic guitar was up for auction, I immediately knew it was a once-in-a-lifetime opportunity to secure it and use it as a vehicle to spotlight the struggles that those in the performing arts are facing and have always faced.”

He now plans to exhibit the guitar around the world to raise funds for performing arts charities, and those in the creative industry hid hardest by the impact of COVID-19.

“The global arts industry has been shattered by the impact of COVID-19, with musicians and artists being amongst the most affected. The last few months were the straw that broke the camel’s back, and for many in the arts brought forth the harsh reality that they work in an industry for which there is little support in times of need.

“For most, access to financial and health services – particularly mental health services – is very limited. While many industries are gradually returning to normal, it’s going to take a long time before this industry can begin functioning as it was.

“The toll this has taken and will continue to take is enormous and requires more than just lip service. It requires action now, and I am a man of action.” 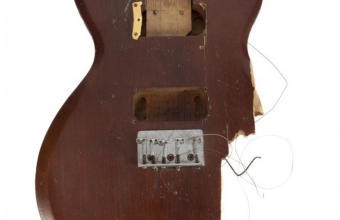