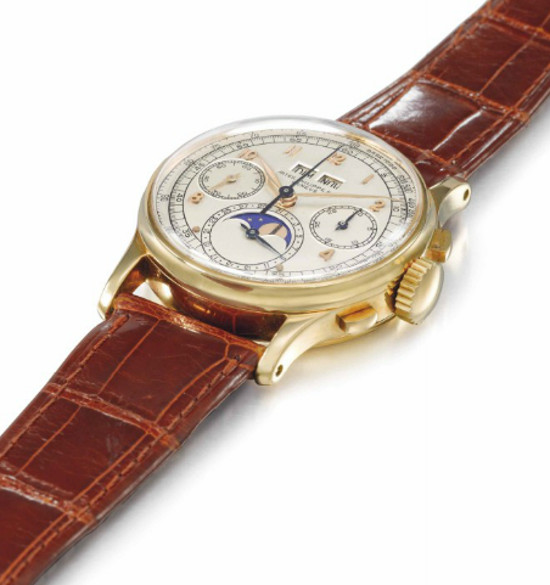 The lot is one of only 281 examples of this flagship timepiece the Swiss company produced from 1941 onwards.

As a result, ownership was restricted to those with limitless bank accounts.

King Farouk had the reverse of this watch engraved with the royal seal of Egypt, along with the initial “F”.

That’s a reference to Farouk’s father, the old king Faud I (1868-1936), who believed the letter “F” to be lucky and ensured all of his children shared that initial.

As one of the world’s most celebrated watches, prices for ref. 1518s remain high.

In 2016, an ultra-rare stainless steel version realised a massive $11.1m in a sale at Phillips New York.

Remy Julia, Christie’s regional head of watches, said: “King Farouk’s Patek Philippe Reference 1518 is a crowning element of Christie’s Dubai watch sale next month – it is a storied piece with provenance from the Middle Eastern region and is already attracting tremendous interest from the region and beyond.

“Having previously found a home for this watch at auction several years ago, Christie’s is delighted to be trusted again to offer King Farouk’s timepiece to a new generation of collectors.”