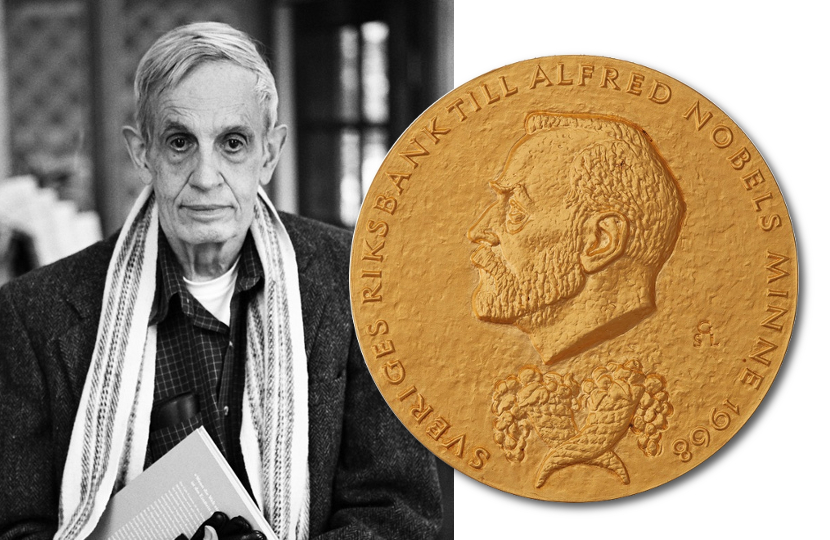 The Nobel Prize awarded to John Forbes Nash, Jr., the American mathematician who inspired the film A Beautiul Mind, is heading for auction at Christie’s.

Nash was presented with the 1994 Nobel Prize in Economic Sciences for his contributions to Game Theory, which provided far-reaching insight into complex human behaviour.

John Forbes Nash, Jr. (1928 – 2015) was a genius who overcame his struggles with mental illness to help change the face of economic analysis, and inspire generations of mathematicians, economists and scientists.

In 1950 Nash earned a Ph.D degree at Princeton with his dissertation on non-cooperative games, which included his groundbreaking theory known as the Nash Equilibrium.

Simply put, the Nash Equilibrium allowed mathematicians to predict how a group of decision makers will act by analyzing their individual strategies and how they relate to each other.

The theory has since been applied to everything from military conflicts to economic crises, interactions between different social groups and traffic flow in major cities.

His work earned him plaudits from around the world, and by 1958 he had earned himself a tenured position as a member of the mathematics faculty at MIT.

However in 1959 Nash began exhibiting signs of mental illness, including a delusion that all men wearing red ties were part of a communist conspiracy against him, and was diagnosed as suffering from paranoid schizophrenia.

Over the next 11 years Nash spent several periods in psychiatric hospitals, often against his will, and undertook treatments including antipsychotic medications and insulin shock therapy.

By 1970 his condition began to improve and he refused to take any further medication, instead creating his own mechanisms for coping with his delusions.

He was allowed to return to Princeton, and slowly began a return to both teaching and academic study before receiving the Nobel Prize for Economics in 1994, which he shared with fellow game theorists Reinhard Selten and John Harsanyi.

In 1998 Nash’s life was the subject of the unauthorized biography A Beautiful Mind by Sylvia Nasar, which was shortlisted for the Pulitzer Prize and later adapted into the 2001 Hollywood film of the same name.

Tragically, Nash and his wife Alicia were killed in a car accident in New Jersey in 2015, when their taxi cab struck a guardrail on the New Jersey Turnpike.

Part of the proceeds from the Christie’s auction will benefit the John C.M Nash Trust.