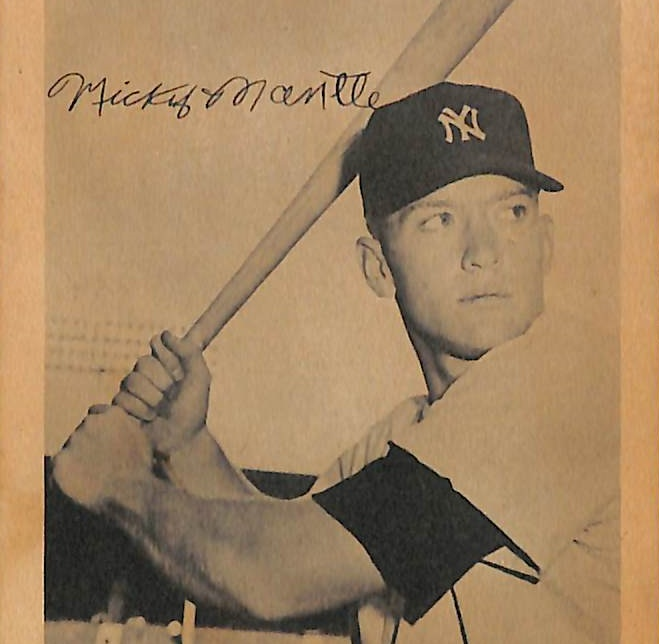 The world’s rarest Mickey Mantle baseball card could fetch up to $100,000 this month, after it was discovered at a flea market in Pennsylvania.

The card, believed to date from the early 1950s, was issued with promotional tins of Mascot Dog Food, and is the only-known example in existence.

It was found tucked inside an old photograph album, along with another card from the set featuring Mantle’s fellow Yankees star Yogi Berra.

Both cards were previously unknown to the hobby, and are now heading to the auction block at Wheatland Auction Services.

“Finding a one-of-a-kind sports card is a rarity in-itself. But it’s even more exciting when it happens to be two iconic players–Mickey Mantle and Yogi Berra,” said Wheatland Auction Services owner Stacey Whisman.

“It’s impossible to put a value on a first-to-market Mickey Mantle card that happens to be a regional dog food card, as potential buyers can include Mantle collectors, regional brand collectors, New York Yankees collectors, people who want the rarest cards in existence, and more.”

Prior to the discovery, experts were aware that Mascot Dog Food had produced a set of promotional cards back in the early 1950s.

The Mantle card features the same image used on his 1951 Wheaties baseball card, and is thought to date from 1955 or earlier.

However, the set was so obscure that nobody knew who the set featured, or how many cards were issued. Just a single card from the set, featuring the Philadelphia Phillies pitcher Robin Roberts, had ever been found.

“Discovering a previously unknown card in our hobby today is a rare find,” said Andy Broome, an expert at grading company Beckett’s which authenticated the card.

“Discovering a previously unknown card of a superstar like Mickey Mantle–that is one of the hobby’s Holy Grails.”

In recent years the 1952 Topps Mickey Mantle rookie card has become the most iconic in the entire hobby, with high-graded examples fetching more than $1 million.

It remains to be seen how much the Mantle Mascot card eventually sells for, but its unique nature is sure to attract collectors with deep pockets. 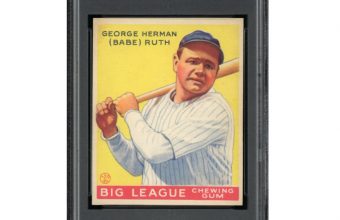 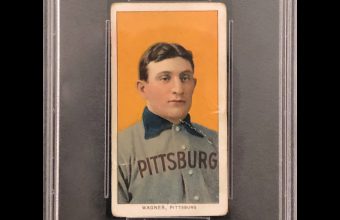