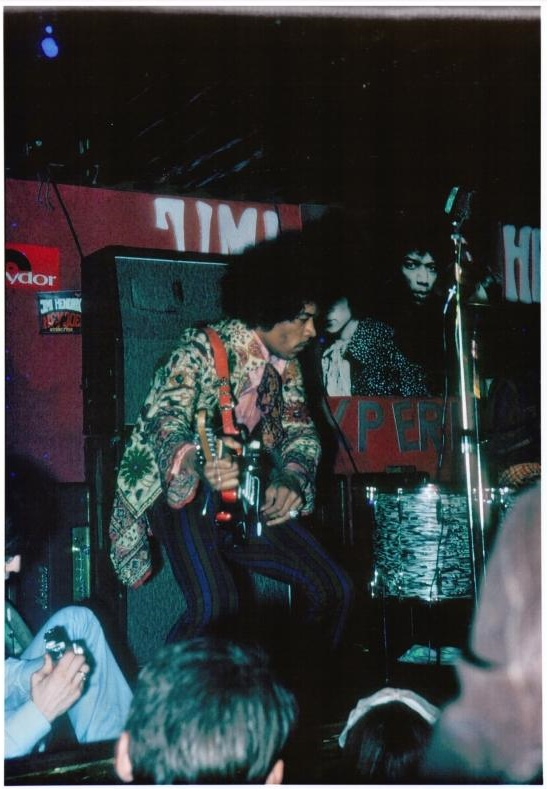 The shirt was offered with amazing photographic provenance, which showed Hendrix wearing it whilst recording in the studio and performing on-stage.

Hand-made using Indian floral fabric, the Nehru-style shirt was the perfect example of Hendrix’s colourful style during the late 1960s.

Hendrix was pictured wearing the shirt during recording sessions at Olympic Studios in 1967 for the debut Jimi Hendrix Experience album ‘Are You Experienced’.

The night before the album finally hit the shelves in the UK on May 12, 1967, Hendrix was on stage at the Théatre d’Issy les Moulineaux in Paris.

Photographs show him wearing the same Nehru shirt as the band tore through incendiary versions of Hey Joe, Wild Thing and Purple Haze, the non-album single which was still riding high in the charts at the time.

A few days later on May 16 he wore it again, this time during a concert at the Big Apple Club in Munich, by which time copies of Are Your Experienced were flying off the shelves across Europe.

According to the auction house, Hendrix gave the shirt to a friend of the consignor during a backstage meeting after the concert in Munich.

The Julien’s Auctions sale also included a ‘Fuzz Face’ distortion pedal used by Hendrix during some of his most famous performances.

The pedal was reportedly used on stage at the Woodstock Festival in 1969, and the Isle of Wight Festival in 1970, as well as in the recording studio.

It had later passed to Mitch Mitchell, the original drummer with the Jimi Hendrix Experience who played at Woodstock, and was sold by his estate for $40,625 – more than four times its high estimate.

The vintage kit had remained in storage for decades, and sold for $75,000.