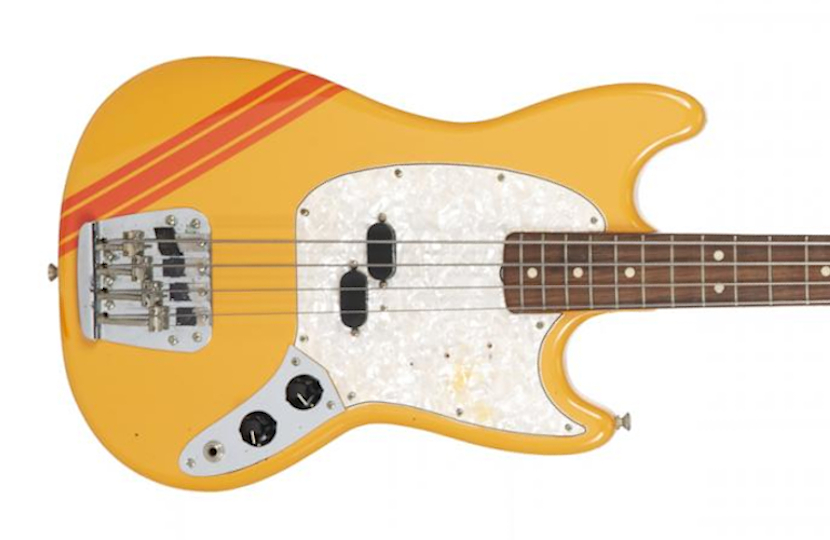 A bass guitar owned by former Rolling Stones member Bill Wyman has sold for a world record price at auction in Beverly Hills.

The 1969 Fender Mustang Bass sold at Julien’s for $384,000, making it the most valuable bass guitar ever sold at auction.

Wyman had used the bass extensively in the studio and on stage from 1969 until 1971, a period during which the band recorded the classic albums Let it Bleed and Sticky Fingers.

The three-day auction at Julien’s featured 1000 lots from Bill Wyman’s personal archive, which spanned his entire music career including three decades with the Rolling Stones before he left the band in 1993.

The guitar, which was played by Jones during the band’s infamous 1968 TV special The Rolling Stones Rock and Roll Circus, achieved $704,000 – making it the most valuable item of Stones memorabilia ever sold.

One of the most significant items in Wyman’s collection was the 1962 VOX AC30 amp which he used during his first audition with the band back in December 1962.

According to Wyman the amp, which sold for $106,250, played a large part in him joining the band.

“They didn’t like me, but I had a good amplifier, and they were badly in need of amplifiers at the time,” he later recalled.