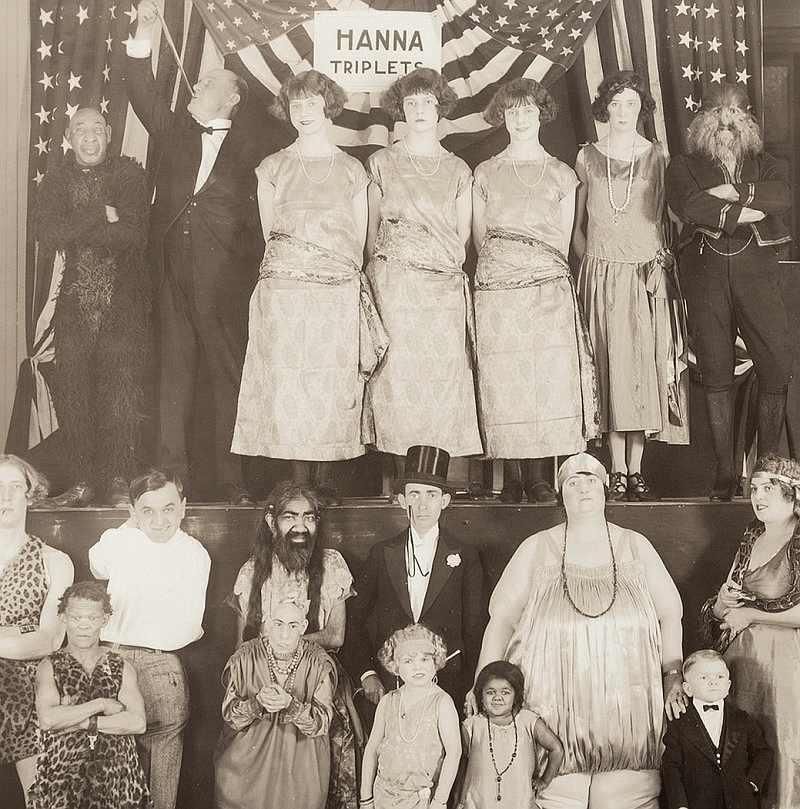 A collection of highly rare vintage circus photographs will lead an extraordinary sale at Potter & Potter this month.
The company’s Circus, Sideshow and Wild West Sale will include original prints by Edward J. Kelty, a man once described as "the Cecil B. DeMille of still photography".

Throughout the 1920s and 30s Kelty travelled across America photographing the country’s most famous circus performers.

His subjects included clowns, acrobats, dancers and human oddities, from giants and bearded ladies to little people and dog-faced boys.

Kelty travelled in a van which he customised to contain a studio, darkroom and living space, and would sell prints of his work to circus patrons for $1.25 each.

He spent almost 20 years on the road, before suddenly hanging up his camera forever in 1940.

Kelty reportedly sold his equipment, swapped his archive of negatives to pay off a particularly large bar tab in New York, and never took another photograph for the rest of his life.

He then moved to Chicago, lived out the rest of his life working as a vendor at Wrigley Field, and following his death in 1967 his estranged family discovered a single camera lens in his apartment; the only evidence of his remarkable former life.

Today his photographs are both rare and highly collectible, and offer a magical window into the world of the circuses which travelled throughout Depression-era America.

The Potter & Potter sale will include more than 40 original prints, making it the largest collection of Kelty photographs ever to be offered at public auction.

The live sale takes place at Potter & Potter in Chicago on November 18.