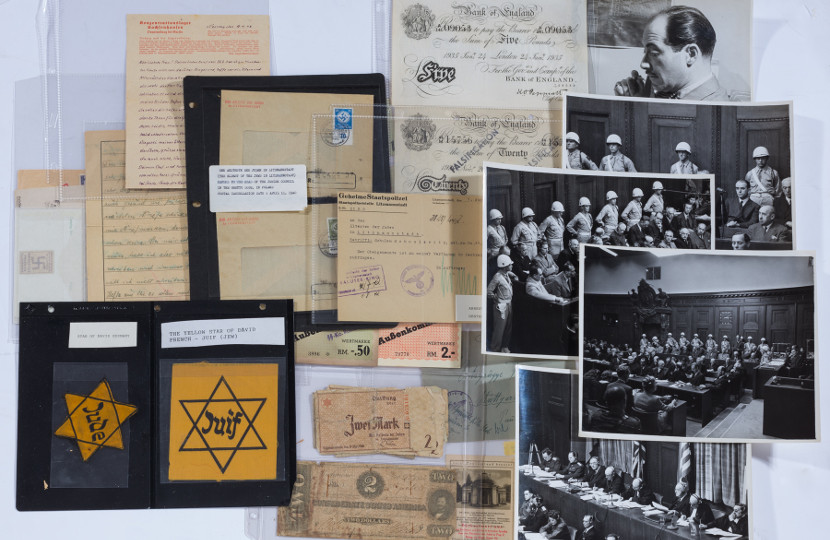 A collection of items belonging to Jews who were sent to Nazi concentration camps during the second world war appeared at auction last week.
The lot realised $3,000 in the sale at J Greenstein &amp; Co in New York. According to the Jewish Chronicle, the buyer was the San Francisco Holocaust Museum.

The collection belonged to Moses I Kove, who served as a prosecutor during the Nuremberg Trials – where prominent Nazis answered for their crimes.

Kove was tasked with proving the complicity of the directors of German chemical manufacturer IG Farben in the murder of millions of people during the war.

The company was responsible for making the Zyklon B gas used in the death camps. The majority of its board were convicted and sentenced to jail time.

The experience deeply affected Koze. During that time he collected pieces relating to the Holocaust, including examples of the currencies used in the ghettos.

This paper money was issued by the Nazis in some occupied regions, most notably Lodz in Poland and Theresienstadt in the Czech Republic.

Jews taken to the ghetto would be forced to swap their own currencies for this largely worthless pseudo cash. It could be used to buy clothing and (in some circumstances) food, but was mainly designed to remove the ability of inmates to bribe guards or in any other way&nbsp;attempt escape.

The lot also featured the yellow stars worn by Jewish people under Nazi rule, letters sent from the camps and photographs taken during the Nuremburg Trials.

After Kove’s death, the collection passed to his stepdaughter Meridyth Mischel Webber – who has safeguarded it ever since.

She told the Jewish Chronicle: “I never knew what he meant but he was reluctant to discuss the collection or his experiences in Nuremberg, and I respected that.”