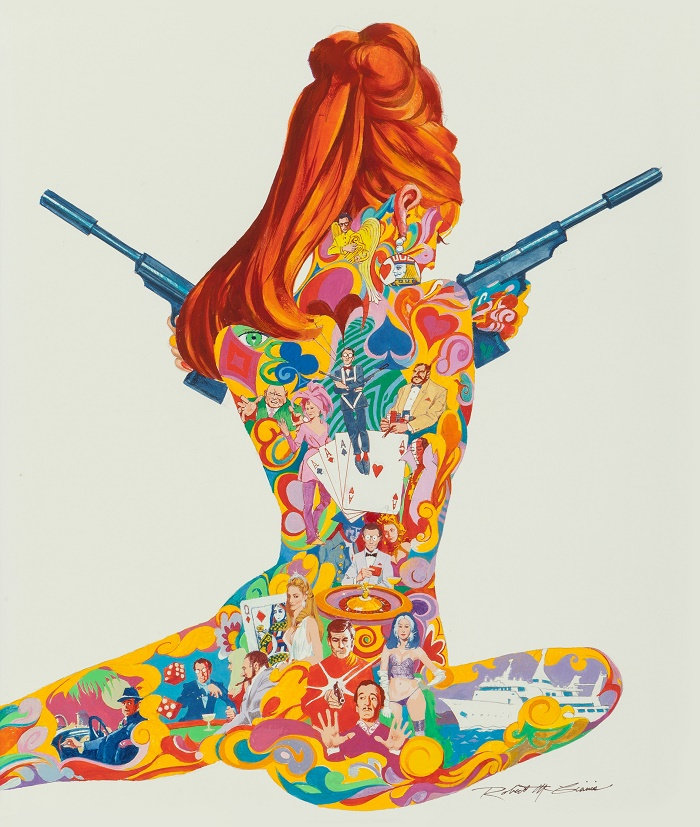 Patrick Nagel achieved fame during the late 1970s with his work for Playboy magazine, and his ‘Nagel women’ portraits came to define the pin-up genre in the 1980s.

He also created album covers for the likes of Duran Duran, before sadly passing away in 1984 at the age of just 38.

During his short career, Nagel only created a small number of works on stretched canvases during a three-year period – and it’s this rarity which surely accounted for the new record price set by ‘Bold’.

Another artist achieving a new record was Robert McGinnis, a renowned movie poster and book illustrator.

Throughout his career McGinnis has produced the covers for more than 1,200 paperback books, along with creating classic posters for the movies Breakfast at Tiffany’s, Barbarella and several James Bond films.

Drawn in a similar style to his iconic James Bond illustrations, the work more than trebled its estimate of $15,000 to fetch $47,500.

There were also notable results for the likes of Hugh Joseph Ward, whose 1942 original cover art for Private Detective magazine ‘Undercover Man’ sold for $81,250; Gil Elvgren, whose 1946 pin-up calendar illustration ‘We Had a Little Falling Out’ sold for $30,000; and Chesley Bonestell, whose 1948 Collier’s Magazine illustration depicting the ‘Atomic Bombing of New York’ sold for $27,500.

“We remain the No. 1 house for hard-to-source artworks from the peak of popular culture.”