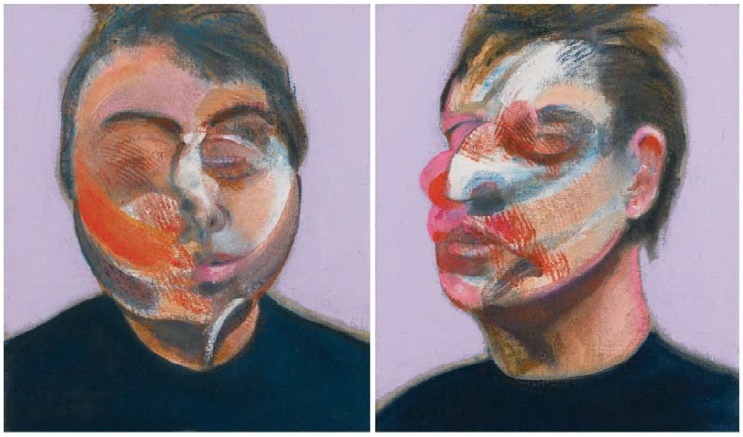 A rare self-portrait by Francis Bacon will be auctioned for the first time in its 46-year history at Sotheby’s later this year.
Dating from 1970, ‘Two Studies for a Self-Portrait’, is widely acknowledged as the finest self-portrayal Bacon ever produced. Having remained in the same private collection since 1971, it now comes to the market for the first time with an estimated value of $22-$30 million.

“Two Studies for a Self-Portrait goes straight in at number one of all the paintings I’ve handled in my career," said Oliver Barker, Sotheby’s Senior International Specialist in Contemporary Art.

"Discovering a work such as this is like finding gold dust To my mind, the painting is worthy of a place alongside the very finest self-portraits of Rembrandt, Van Gogh and Picasso. It’s certainly among the greatest self-portraits ever offered at auction.”

Two Studies for a Self-Portrait was one of the works on display at Bacon’s career-defining retrospective at the Grand Palais in 1971 – an event which also defined his life in a more tragic way. Whilst staying in Paris for the retrospective, Bacon’s tormented loved George Dyer committed suicide in the couple’s hotel room, an incident which haunted Bacon and his artwork for decades to come.

Since then the work has been seen publically just once more, at the Marlborough Fine Art Small Portrait Studies exhibition in London in 1993. However, it became widely recognized in 1996 when it featured on the cover of Milan Kundera and France Borel’s definitive book ‘Francis Bacon: Portraits and Self-Portraits’.

Throughout his career Bacon created just three self-portraits in this dual format. Another, Two Studies for a Self- Portrait (1977), previously sold at Sotheby’s in February 2015 for £14.7m ($22.4m).