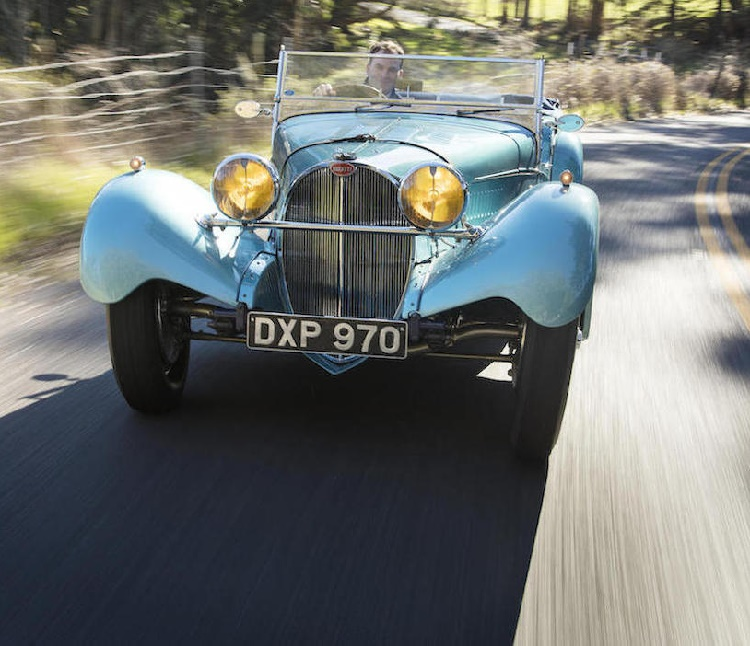 Bonhams set new records in Amelia Island last week, with a classic pre-war Bugatti amongst the leading lots of a $27.5 million sale.

The auction saw 95 vehicles offered for sale, from 19th century motor carriages to 21st century supercars, in front of a packed house at the Fernandina Beach Golf Club.

“We are extremely pleased with our second sale here, which exceeded all of our expectations and showed the strength of our US team in sourcing interesting collector cars from around the country,” said Rupert Banner, Bonhams Deputy Group Motoring Director and the sale’s auctioneer.

“In the warm Florida sunshine a series of bidding battles, frequently between domestic and international bidders, created new records for models and marques.”

Leading the sale was 1937 Bugatti 57SC Sports Tourer by Vanden Plas, described as “one of the greatest classic cars in the world”. With just 43 examples of the type 57S ever built, and many housed in long-term private collections, all eyes were on the car as it hit the block – marking the first time a convertible Bugatti had come up for auction in 17 years.

Following strong bidding, the car eventually sold to an American collector for $9,735,000, an auction record for a Bugatti 57S and the highest price ever paid for a pre-WWII car at Amelia Island.

Further notable results included the 1896 Armstrong Phaeton Hybrid, the world’s oldest hybrid car, which sold for $483,400 to the renowned Dutch collector and museum owner Evert Louwman; and a 1935 Riley MPH which set a new auction record for the marque at $880,000.

“Our Amelia Island auction once again reaffirmed that there is a strong appetite for interesting, rare and fresh to market motorcars,” said James Knight, Bonhams Group Motoring Director. “These cars attracted multiple bidding battles to produce record and near record prices. I was also equally pleased to note that readily available models attracted continued interest as long as they were priced accordingly.”