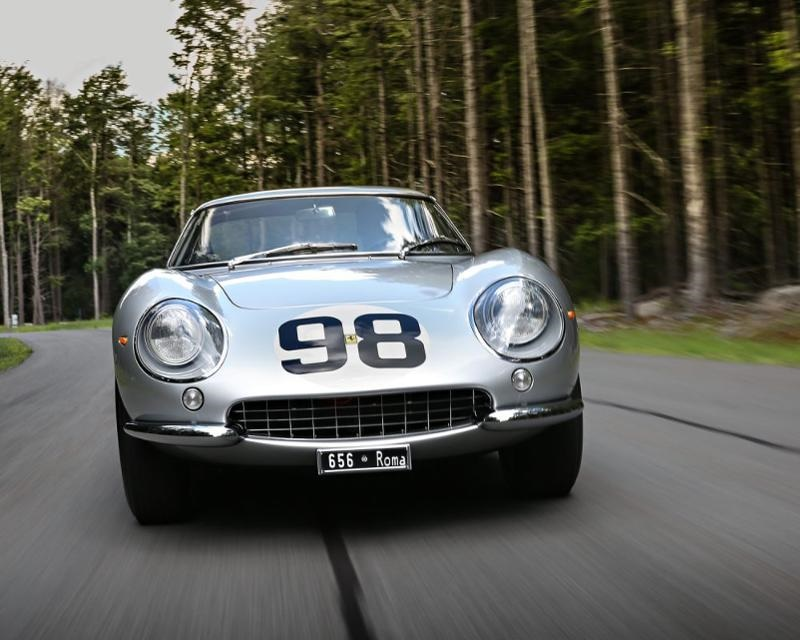 A highly rare and historic Ferrari is expected to fetch an eight-figure sum when it hits the auction block in California next month.
The Gooding and Company Pebble Beach Sale on August 18-19 will present a 1966 Ferrari 275 GTB/C, described as "one of the finest Ferrari Berlinettas in existence".

"We are thrilled to present this extremely desirable Ferrari at our Pebble Beach Auctions, as great 275 GTB/Cs rarely come up for sale," said David Brynan, Senior Specialist at Gooding & Company.

"These are exciting purpose-built competition cars from Ferrari’s golden age, and they are brilliant to drive – as fast and visceral as any thoroughbred racing car of the era, yet completely user friendly and perfectly suited for the open road."

The 275 GTB/C was built specifically for the 1966 racing season, and came equipped with a unique lightweight chassis, special 250 LM-type engine, transaxle and paper thin Scaglietti bodywork.

Chassis 09051 was the sixth of 12 cars built, and was campaigned extensively by its first two owners, Italian racing drivers Renzo Sinibaldi and Alberto Federici.

During its four-year track career, from 1966 until 1970, 09051 was driven in more than 20 races and achieved numerous class and overall wins.

Since then the car has passed through the hands of some of the world’s most discerning collectors, and was awarded a Second in Class trophy 2007 Pebble Beach Concours d’Elegance.

Retaining its original bodywork, chassis and engine, the car has also been painstakingly restored and maintained by marque experts Motion Products Inc. in Neenah, Wisconsin.

"This car, with its extensive Italian racing history, superb provenance, and sensational restoration by Motion Products, is a fantastic piece, truly a best-of-the-best example," said Brynan.

"Offered from a distinguished private collection, this GTB/C is all the more exciting because it has been kept out of the public eye for a decade and was last seen crossing the award ramp at the Pebble Beach Concours d’Elegance in 2007."

"GTB/Cs are basically considered 250 GTOs for 1966 and, as such, are extremely sought-after," added renowned Ferrari historian Marcel Massini.