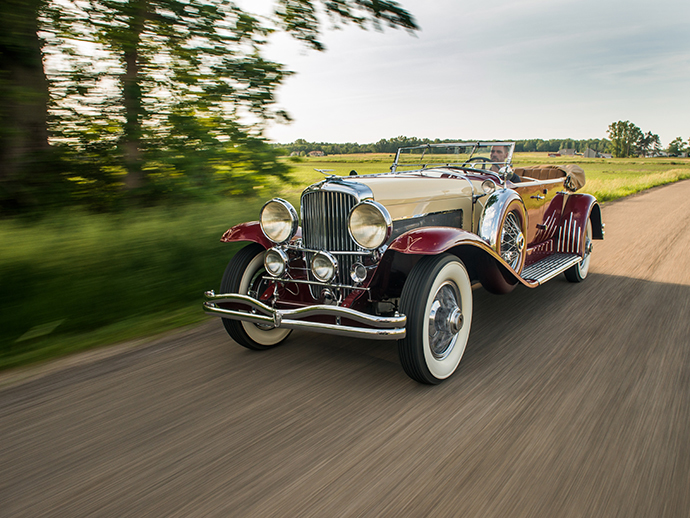 Auctions America has announced the upcoming sale of an important pre-war Duesenberg in their Auburn Fall sale.
The 1933 Duesenberg Model SJ ‘Sweep Panel’ Phaeton has been described as the most important automobile ever offered by the company in the history of the Auburn Auction Park.

The car is one of only eleven examples ever produced, and includes styling features and a supercharged engine that make it unique.

It was originally owned by a New York stock trader, who later sold it to his business partner in Mexico City, where it spent almost two decades before returning to the U.S.

The car has since passed through the hands of several important collections, including spending 25 years as part of the esteemed Lyon Family Collection.

Still retaining its original body, engine and chassis, the Duesenberg will now hit the auction block in Auburn with an estimated value of more than $2.5 million.

"It is a true honor to have the opportunity to offer a car with such significance as the Model SJ at a venue rich with American automotive history and during a festival dedicated to preserving these great Classics," says Donnie Gould, President of Auctions America.

"The demand for exceptional American Classics at auction has shown incredible momentum over the last few years, and it is stand out cars like this SJ that underpin the strength of the market and the collector car hobby overall.

"For serious collectors, this is your opportunity to acquire a highly important Duesenberg; one that is unlikely to repeat itself in the foreseeable future." 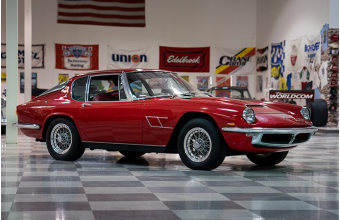