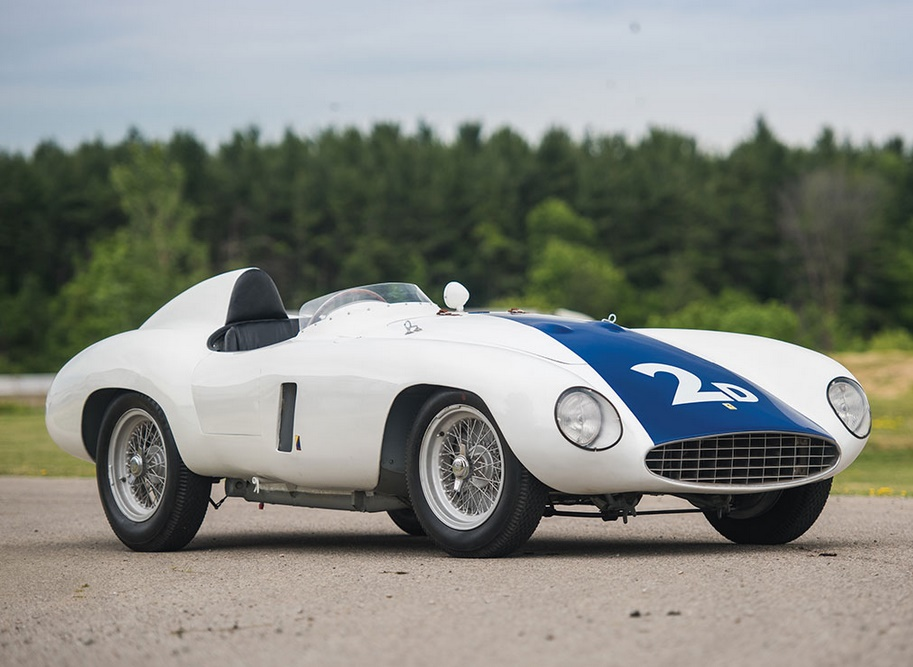 RM Sotheby’s is set to offer a truly historic 1955 Ferrari 750 Monza Spider in California, as one of the leading lots of its forthcoming Monterey sale.
The car is expected to sell for $4-$5.5 million when it crosses the auction block on August 19-20.

It comes with a remarkable racing provenance, having been campaigned in period by legendary drivers such as Phil Hill, Carroll Shelby and Jim Hall – the "Big Three" of the American racing scene.

Chassis 0510 M was originally sold new to Allen Guiberson, a Ferrari-collecting Dallas oilman, and made its track debut in the 1955 12 Hours of Sebring where it placed second, with Phil Hill and Carroll Shelby behind the wheel.

The car was the&nbsp; driven to successive victories in the Del Monte Cup, the main event at the annual Pebble Beach road races, first by Hill in 1955 and then by Shelby in 1956.

In between those wins, Chassis 0510 M changed hands and was acquired by brothers Dick and Jim Hall, before Motorsport hall-of-Famer Jim purchased the car outright from his brother in 1957.

He continued to race the car for many years in his home state of Texas, before placing it in careful storage, and it has remained in his personal collection for more than 60 years.

Having been expertly restored in the mid-1990s, the car is presented in its original 1955 racing livery and has featured in several historic racing events, such as a tribute to Carroll Shelby at the 1997 Monterey Historics, and a special display honouring Phil Hill and Sir Stirling Moss at the 2005 Pebble Beach Concours d’Elegance.

"A fantastic piece of motorsport history, chassis 0510 M is likely the most original 750 Monza in existence; its provenance and importance are second to none,” said Jack Boxstrom, Car Specialist at RM Sotheby’s.

"While many four-cylinder Ferrari sports racers fell to the crucible of motorsport or general neglect following their racing careers, this particular example has been incredibly preserved. It’s highly successful competition history, coupled with its superb condition, and the fact it is offered directly by its owner of 60 years, no less, one of the drivers who campaigned it in period, place it in a class of its own."