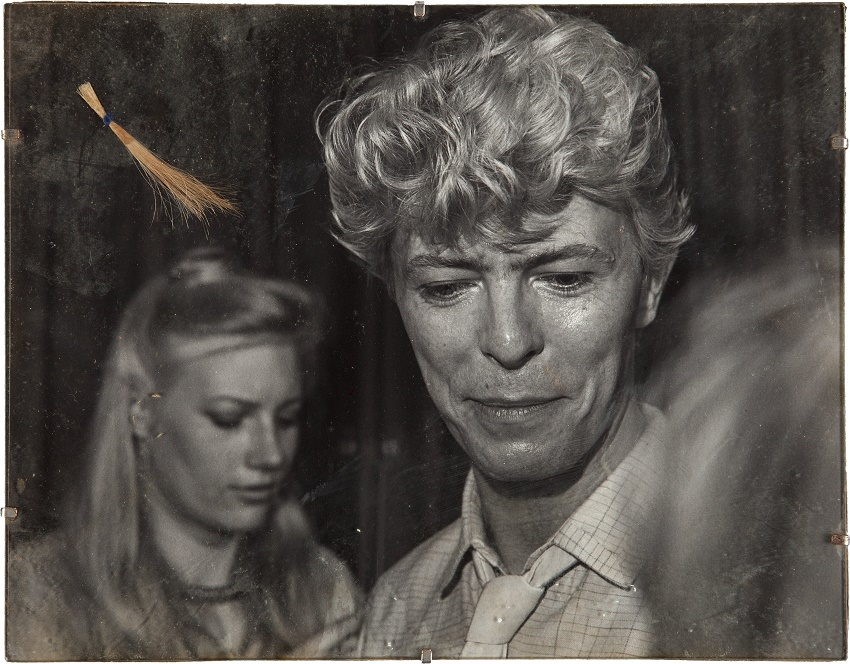 A lock of David Bowie’s hair is up for grabs in Beverly Hills this week, as part of Heritage Auctions’ latest Entertainment memorabilia sale.
There’s been a surge of interest in the singer’s memorabilia following his death in January 2016, but Heritage believes this to be the first lock of Bowie’s hair ever offered for sale.

The lock comes from the personal collection of Wendy Farrier, a former wigmaker at Madame Tussaud’s waxwork museum in London.

Back in 1983, Bowie had reached the peak of his international fame and commercial success with the album ‘Let’s Dance’, which sold millions of copies around the world.

His newfound superstardom saw him sit for his own waxwork at Madame Tussaud’s, and Bowie fan Farrier was tasked with snipping a lock of his blonde hair to keep as a reference for his wig.

In her letter of provenance, Farrier writes: "I remember Mr Bowie being very relaxed about the whole episode as I approached with scissors quivering!"

Having created the wig based on Bowie’s early 80s ‘New Romantic’ look, Farrier was then allowed to keep the lock as a memento, and it has remained in her collection ever since.
It will now cross the block at heritage with an estimate of $4,000+.

In addition to the hair, the sale will also include an abstract charcoal sketch drawn by Bowie in 1996, estimated at $6,000+; a signed and number lithograph featuring another of his abstract artworks, valued at $1,000+; and a signed copy of his classic 1971 album Hunky Dory, estimated at $1,000+.