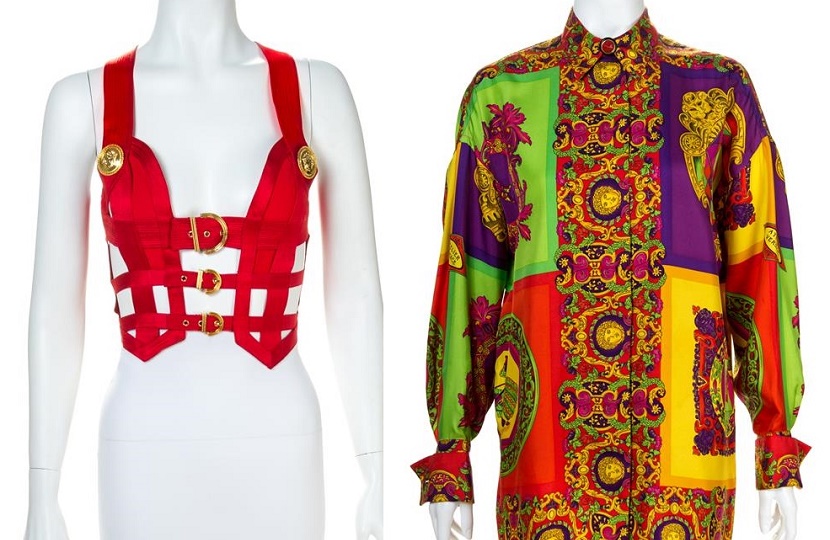 The iconic 1990s creations of Gianni Versace will be under the spotlight in Chicago next month, as auction house Leslie Hindman hosts a sale dedicated to the late fashion designer.

The sale on September 21 will offer a remarkable selection of Versace’s couture items and accessories, carefully assembled and stored over the past two decades by one passionate collector.

“This single-owner collection was carefully curated in the 1990s by a gentleman who recognized the artistry, fearlessness and talent of Gianni Versace,” said the auction house in a statement.

“The trend setting designs, paying homage to Versace’s classical European roots, struck a chord with the collector who would go on to explore the many facets of the fashion house.”

Gianni Versace launched his career in 1978 with his first collection and a boutique in Milan. He quickly became known for his use of bold prints, striking (and often garish) colours and highly sexualised designs.

He once stated of his creations “I don’t believe in good taste,” and his rivalry with fellow Italian designer Giorgio Armani was often summed up with the phrase “Armani dresses the wife, Versace dresses the mistress.”

The sale will offer Versace pieces from throughout the 1990s, including his famous Baroque, Teatro, Bondage, Animal Print, Miss S&M, Punk and Miami collections.

In 1992 Gianni Versace relocated to Miami Beach, and was inspired by the vibrancy of the people and fashion on Ocean Boulevard.

“Miami Beach became the center of the fashion industry throughout the world,” LGBTQ fundraiser Dennis Leyva told the Miami Herald in 2017. “For a period of time, this became the place to be for fashion.”

Several of the items and accessories up for grabs originate from his Spring 1992 collection which he dedicate to his new hometown, including numerous multicolor floral belts, necklaces and bracelets.

Gianni Versace’s life was cut tragically short in 1996 when, at the height of his powers, he was shot and killed on the steps of his Miami Beach mansion by the spree killer Andrew Cunanan.

His murder shocked the fashion world, and at the time of his death his business empire was valued at more than $800 million, with 130 boutiques across the world.

Versace’s legacy continues to inspire designers, and many of his vintage couture pieces can now be found on display in permanent museum collections including the Metropolitan Museum of Art Costume Institute and the V&A in London.

“Described as part theater and part rock n ’roll, Versace expressed his sense of freedom and artistry through design,” said the auction house. “Leslie Hindman Auctioneers is pleased to bring some of his most iconic collections to auction and offer other Versace admirers the chance to own something truly special.”

Prior to the sale, fans of vintage couture fashion will be able to see Versace’s creations first-hand in a public exhibition at the company’s saleroom in Chicago, which opens on Saturday September 15.