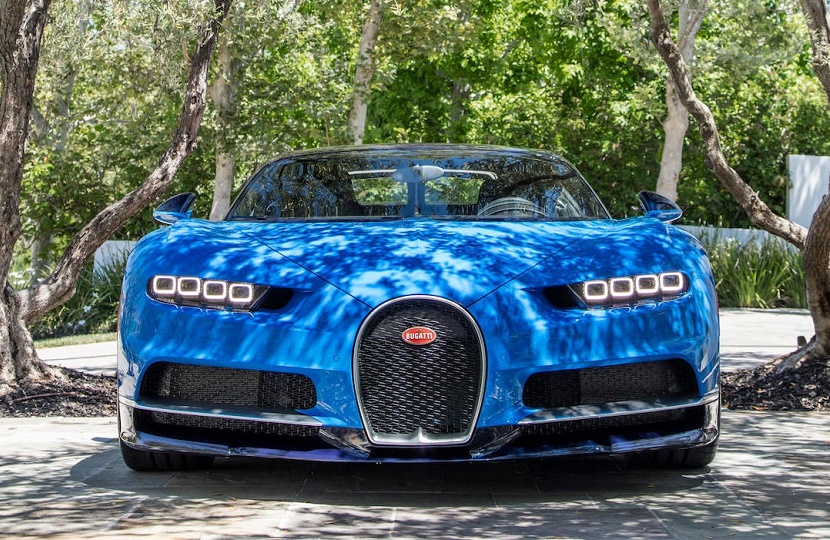 The Bugatti Chiron, described as "the most daunting hypercar ever built". (Image: Bonhams)

It’s been described as “the most daunting hypercar ever built”, and now, only a year after it rolled off the production line, this Bugatti Chiron is heading to auction.

The car will be amongst the highlights of Bonhams’ highly anticipated annual Quail Lodge sale, which takes place in Carmel, California on August 24.

Initially launched at the Geneva Motor Show in 2016, the Bugatti Chiron has a planned production run of just 500 examples – 200 of which had already been sold before the first delivery.

With the company hand-building just 70 examples each year at its factory in Molsheim, France, new owners could potentially be waiting years to take delivery.

According to Bugatti CEO Wolfgang Durheimer, the average Chiron driver will already own “64 cars, 3 jets, 3 helicopters, and a yacht, and drive 2,500 kilometres per year in the car,” so it’s not as if they’ll be taking the bus whilst they wait.

But for the most impatient collectors out there, the Bonhams auction will offer a chance to get behind the wheel of one of the world’s most exclusive (and ridiculously fast) vehicles without joining the queue.

The Chiron is Bugatti’s follow-up car to the legendary Bugatti Veyron, which is regarded as one of the greatest cars of the millennium, and was once the fastest street-legal production car in the world.

In fact, the Chiron is so powerful that its top speed is limited to 261 mph, as conventional tyres can’t handle anything faster – although it’s believed that special tyres are being developed that will raise the top speed up to a potentially record-breaking 285 mph.

The car offered at Bonhams was delivered new to the U.S in August 2017, as one of the first 70 vehicles to leave the factory.

Finished in a two-tone Atlantic Blue and French Racing Blue, the car has less than 480 miles on the clock – half of which are test miles – and is virtually factory fresh, awaiting its new owner.

“Its pristine beauty would be a high-performance exclamation mark to any collection, but this car deserves the ownership of a serious motoring enthusiast,” said the auction house.

Although the car is only a year old, and is still in the middle of its limited production run, the secondary market for the Bugatti Chiron has already seen an increase in value.

The car’s base retail price starts at $2.9 million, plus a couple of hundred thousand dollars more for extras – but this example is expected up to $3.9 million when it hits the block in California.

That estimate is backed up by another auction earlier this year, when an almost identical Bugatti Chiron complete with the same two-tone colour scheme sold at RM Sotheby’s in Paris for €3,323,750 ($3.89 million).

There’s no doubting the desirability of the Bugatti Chiron, which Bonhams calls “the epitome of hypercar achievement”.

And with a value increase of around 30% in just 12 months, you could well see a few more examples roaring onto the auction block in the near future. 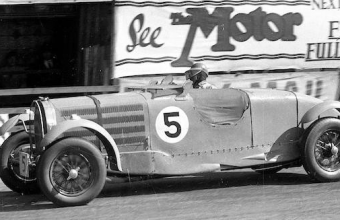