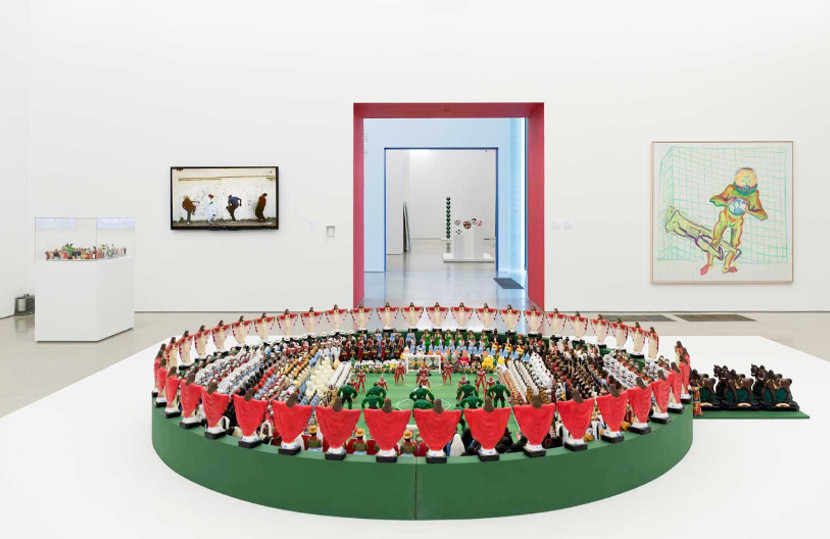 Perez Art Museum Miami (PAMM) is to host The World’s Game: Fútbol and Contemporary Art, an exhibition exploring the link between the two.

The show (on until September 2) consists of 50 works of art across seven rooms, all of which explore how football has taken root in communities around the world.

PAMM comments: “Some works venerate soccer by directly referencing its vibrant essence of spectacle, while others explore how the sport acts as a platform for discussions about nationalism and globalism.

“Collectively, the exhibition celebrates the commonality of human experience through a sport that embodies one of the few common languages worldwide.”

Brazilian contemporary artist Nelson Leirner’s Macarena (2003) will be one of the centrepieces.

The sculpture is based on Macarena stadium in Rio de Janeiro, albeit peopled by a cast of plastic toys and Christian icons.

Andy Warhol’s iconic portrait of Pele is also on display. The work dates to 1977 and was made as part of a wider series focusing on athletes.

Pele told CNN in 2015: “It really was a great joy for me to have met Andy Warhol.

“He came and said that he admired me and wanted to work with me. Honestly, when I was introduced to him, it was at a Brazilian club in New York, I didn’t believe it.

“I didn’t really know Andy Warhol very well. I didn’t know he was that famous. And then I said of course, let’s do it. It was one of the greatest things I did because he gave continuity to my life and my message outside of the football pitch in art as well.”

Artist Kehinde Wiley is best known for his presidential portrait of Barack Obama. The show will feature his painting of Cameroonian striker Samuel Eto’o, part of a wider series on African football. 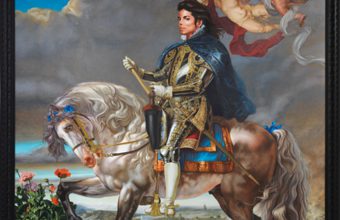 Michael Jackson portrait exhibition on in London until October