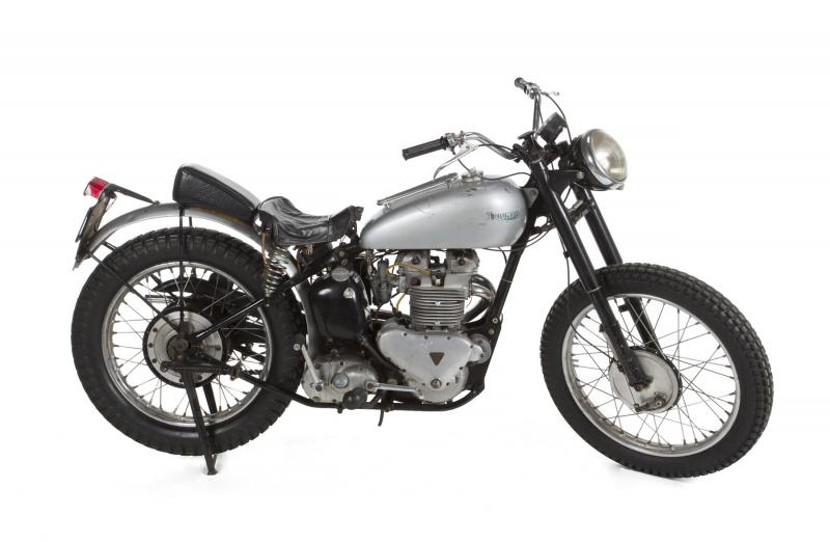 This is one of three Triumph Trophy TR5 motorbikes that Henry Winkler rode in Happy Days (Image: Julien's Auctions)

Julien’s Auctions is to sell a Triumph Trophy TR5 motorbike used by Henry Winkler in his role as Arthur “Fonzie” Fonzarelli in wildly popular US sitcom Happy Days (1974-1981).

Martin Nolan of Julien’s told the Daily Mirror: “There is a huge market for this kind of thing as it’s a throwback to a happier time for a lot of people. The Fonz was iconic and this bike was a huge part of what made him so popular.

“Despite three bikes being used by Fonzie in the show, this is the only one we know to have survived, making it one-of-a-kind for fans of Happy Days. It was an important time in general for TV but this is truly iconic.”

The Fonz was only ever supposed to be a minor character, but audiences fell for him right from the start. Winkler remained a cast member right until the bitter end. The term “jumping the shark” (or the moment a TV show runs out of steam) refers to the first episode of season 5 – when the Fonz goes waterskiing for no real reason at all.

Nolan told the Mirror: “We’ve had lots of interest in it so far with people requesting condition reports and so on…

“It’s in good condition, and although we’re not selling it as a road-going bike, the right mechanic I’m sure would be able to get that baby going again. Personally I’m very excited and I hope it performs well at auction.”

The June 23 sale will also feature a blaster Han Solo wields during Star Wars: Return of the Jedi.

This extraordinary piece of movie history is valued at up to $500,000.