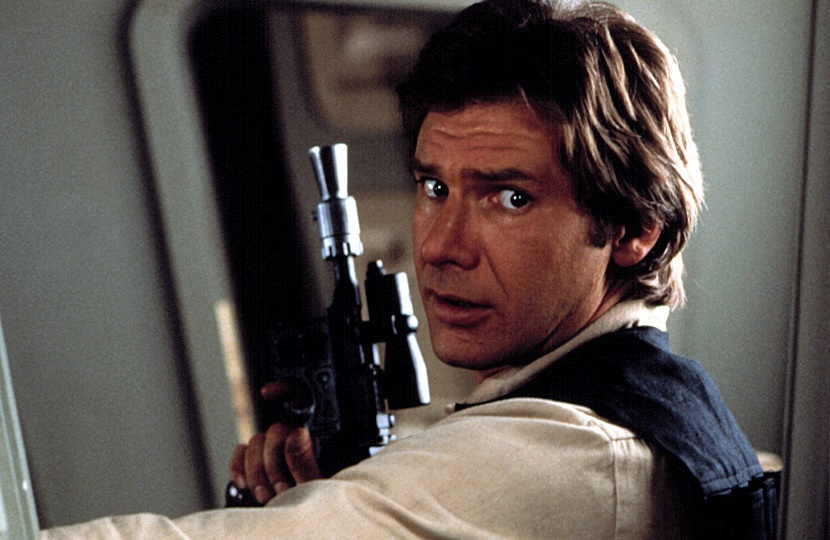 Han Solo’s original blaster from Return of the Jedi is heading for sale this summer at Julien’s Auctions.
The iconic prop is one of the most famous weapons in movie history, and is expected to fetch $300,000-500,000 when it hits the block in Las Vegas on June 23.

The blaster is one of three used onscreen by Harrison Ford, and originates from the personal collection of Art Director James L Schoppe, who worked on the film in 1983.

“Julien’s Auctions is thrilled to discover this rare and important piece from one of the most influential Hollywood films of all time used by one of film history’s most beloved heroes, Han Solo,” said Martin Nolan, executive director of Julien’s Auctions.

“The Han Solo blaster is one of the most exciting offerings of genuine Star Wars movie prop memorabilia ever to come to auction given the provenance of this piece coming directly from the Art Director from Return of the Jedi.”

The blaster was created by the production team using a model Mauser C96 Broomhandle pistol, with the addition of cast resin parts and “greblies” – a term used to describe fine detailing added to the surface of props to make them more visually interesting.

Having been used throughout the production of the film, it was gifted to Schoppe at the end of the shoot by the film’s property master Peter Hancock.

Schoppe served as the film’s art director during location shoots in the US, including famous scenes with Jabba the Hutt on Tatooine, and the Ewok village on Endor.

His work earned him an Oscar nomination, and throughout the production he amassed a large archive of material which will also be offered for sale at Julien’s.

This includes never-before-seen photographs, production blueprints for sets and vehicles, location maps, call sheets, illustrations and meeting notes, all of which will offer Star Wars fans a remarkable insight into the production of the film.

Most of the original props and models from the original Star Wars trilogy remain in the Lucasfilm archive, and many are likely to be exhibited at the Lucas Museum of Narrative Art, which opens in California in 2021.

But some were gifted to crew members who worked on the films, and when they appear on the market they usually sell for out-of-this-world sums.

Back in December 2013, another blaster prop reportedly used by Ford in both The Empire Strikes Back and Return of the Jedi sold at Profiles in History for $246,000, setting a then- record price for a Star Wars prop weapon.

And in 2017 a life-sized replica of robot R2-D2, assembled from screen-used components from five different Star Wars films, sold at the same auction house for $2.75 million, making it one of the most valuable movie props of all time. 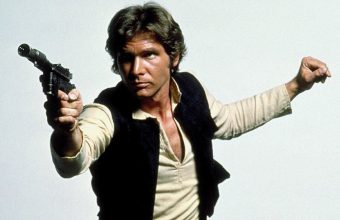