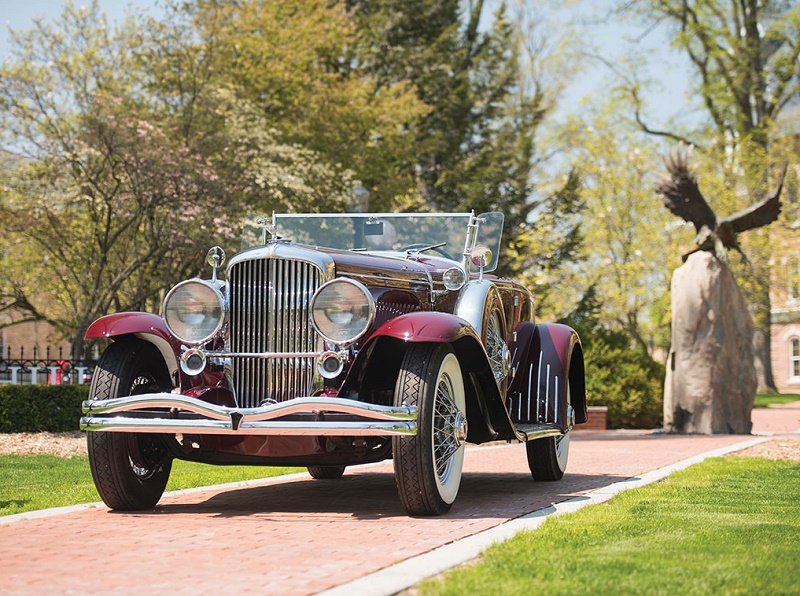 A highly desirable Duesenberg Model J ‘Disappearing Top’ Convertible Coupe will lead a hand-picked roster of cars at the upcoming RM Sotheby’s Motor City sale.
Built in 1929, and featuring rare coachwork by Murphy, the car has been described as "one of the most significant American motor cars of the Classic Era".

"Not only is J-119 special as one of only 25 examples built in this body style—one of the pinnacle body designs on the famed Model J—but the fact that it has been in enthusiast ownership for decades and frequently driven, also differentiates it from its peers. All in all, it’s an excellent driver’s Duesenberg set to benefit a very worthy cause."

The Coupe has been consigned from the collection of Eric Bardeen, a noted enthusiast and a long-time member of the Auburn Cord Duesenberg Club.

It will be sold to benefit Hillsdale College, a non-profit, classical liberal arts college in Hillsdale, Michigan, and is expected to realize $1.25-$1.65 million.

"Mr. Bardeen has been a longtime friend of Hillsdale College and has admired the college’s commitment to remain independent from any federal or state taxpayer subsidies," said Mr. John Cervini, vice president of institutional advancement at Hillsdale College. "The funds from this auction will support Hillsdale College’s operations and its teaching mission. We are forever grateful for this wonderful gift."