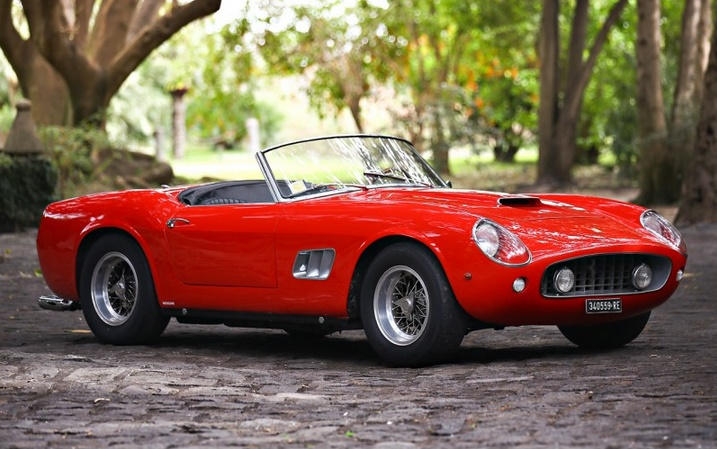 A 1961 Ferrari 250 GT SWB California Spider could be set to sell for more than $15 million when it comes to auction in Florida next month.
The highly rare and sought-after Ferrari will be amongst the star attractions of Gooding & Company’s annual Amelia Island sale.

The car is one of just 56 SWB variants ever built, and one of only 37 examples featuring the much sought-after covered headlights. Having remained in the same collection for more than 30 years, the car will be offered at auction for the first time in its history with an estimate of $15-$17 million.

After 17 years in his collection, Frattini sold the car in 1978 to its second owner Terzo Dalia, who drove it in two Ferrari events before selling the car to the present owner in December 1985.

“We are thrilled to present this California Spider to our clients,” states David Gooding, President and Founder of Gooding & Company. “With only three owners from new and a rich and fascinating history, this covered headlight SWB California Spider has never before been offered for public sale and is being presented for the first time outside of Italy.”