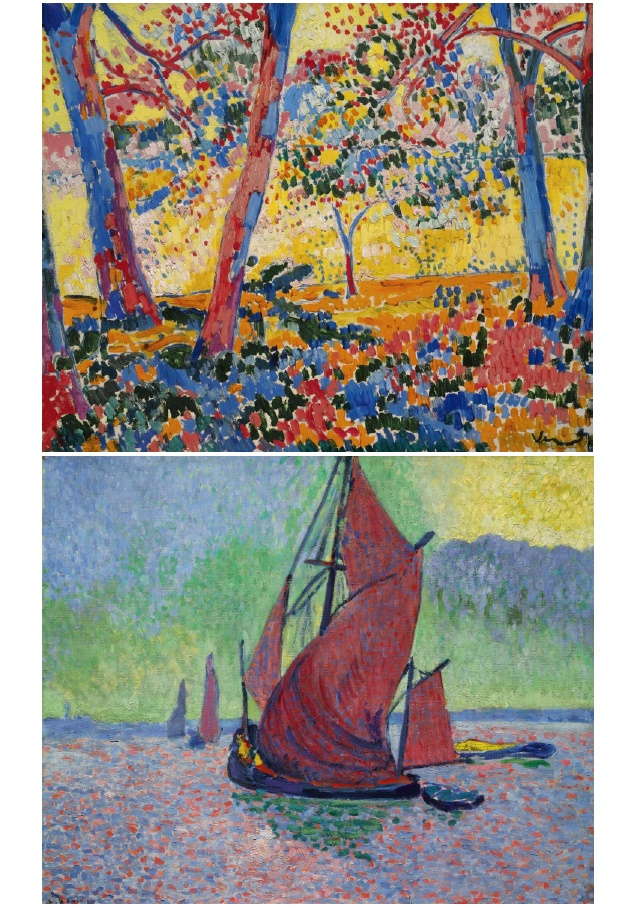 A pair of masterpieces by the leading proponents of Fauvism, André Derain and Maurice de Vlaminck, are heading to auction at Sotheby’s next month.
The Fauvism movement, which flourished in Paris during the first decade of the 20th century, was named after the French term for "wild beasts" (les fauves) and saw artists favour colour and technique over realistic representation.

"Truly seminal examples are available only rarely, so to offer two in one season is extraordinary. Both pictures are coming to auction for the first time, and enjoy an exquisite provenance from one of the great American collections."

Both paintings originate from the collection of Sarah Campbell Blaffer, a philanthropist and art patron from Houston, Texas who acquired them in 1954. Having remained in her family’s possession ever since, the artworks will now be offered at auction for the first time in their history.

‘Les Voiles rouges’ was painted by André Derain in 1906, after the artist had travelled from Paris to London at the urging of his art dealer Ambroise Vollard. During his stay he produced around 30 works, including this canvas depicting a view of the River Thames from Greenwich, which is today valued at $15-$20 million.

Maurice de Vlaminck’s ‘Sous-bois’ dates from 1905, and captures a scene near Chatou, along the Seine from Paris near the artist’s home. The painting perfectly captures Vlaminck’s expressive use of vibrant color, and will be offered with an estimate of $12-$18 million.

The Sotheby’s Evening Sale of Impressionist & Modern Art takes place in New York on May 9.