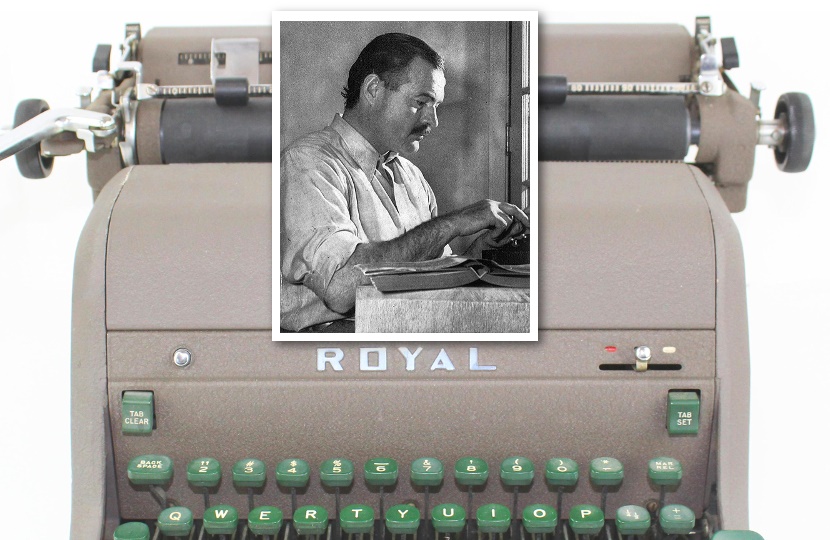 The typewriter used by Ernest Hemingway to write his autobiography is up for auction at University Archives in Connecticut.

Hemingway used the vintage Royal typewriter in the late 1950s whilst working on ‘A Moveable Feast’, his famous memoir of life in Paris in the 1920s.

The typewriter originates from the collection of celebrated writer A.E. Hotchner, Hemingway’s confidant and biographer who also adapted many of his works for the screen.

A.E. Hotchner first met Ernest Hemingway as a young journalist in 1948, when he was assigned by Cosmopolitan magazine to extract an article from the elusive author on ‘The Future of Literature’.

Although Hemingway never actually wrote the article, the pair became close friends and for the next 13 years they travelled extensively together.

Their adventures included the running of the bulls in Pamplona, fishing the waters off Cuba, hunting in Idaho and visiting the Paris salons of Hemingway’s youth.

It was during their Paris trip that Hemingway made a remarkable discovery, from his days as a struggling writer surrounded by literary figures such as F. Scott and Zelda Fitzgerald, James Joyce, Ezra Pound and Gertrude Stein.

Hotchner later recounted the tale to The New York Times in 2009:

“In 1956, Ernest and I were having lunch at the Ritz in Paris with Charles Ritz, the hotel’s chairman, when Charley asked if Ernest was aware that a trunk of his was in the basement storage room, left there in 1930.

“Ernest did not remember storing the trunk but he did recall that in the 1920s Louis Vuitton had made a special trunk for him. Ernest had wondered what had become of it.

“It was filled with a ragtag collection of clothes, menus, receipts, memos, hunting and fishing paraphernalia, skiing equipment, racing forms, correspondence and, on the bottom, something that elicited a joyful reaction from Ernest: ‘The notebooks! So that’s where they were!

“Ernest had filled them with his careful handwriting while sitting in his favorite café, nursing a café crème. The notebooks described the places, the people, the events of his penurious life.”

‘A Moveable Feast’ sprang from the discovery of these lost notebooks, and on their return to New York in 1959 Hotchner lent Hemingway a typewriter to work on his memoir.

Hemingway continued working on the book for many years, but it remained unfinished when he took his own life in Idaho in 1961.

The book was posthumously published in 1964 with edits made by his widow Mary, although controversy still surrounds the work and the alleged changes made to Hemingway’s original manuscripts.

The typewriter remained in Hotchner’s personal collection for 60 years, and will now be offered for sale for the very first time.

The auction isn’t the first time one of Hemingway’s typewriters has gone under the hammer.

Back in 2013 the typewriter Hemingway used to write his final book The Dangerous Summer, also owned by Hotchner, sold at Profiles in History in California for $65,000. 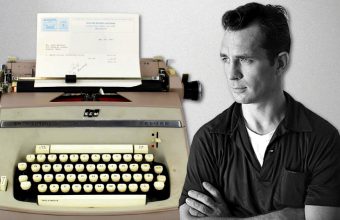