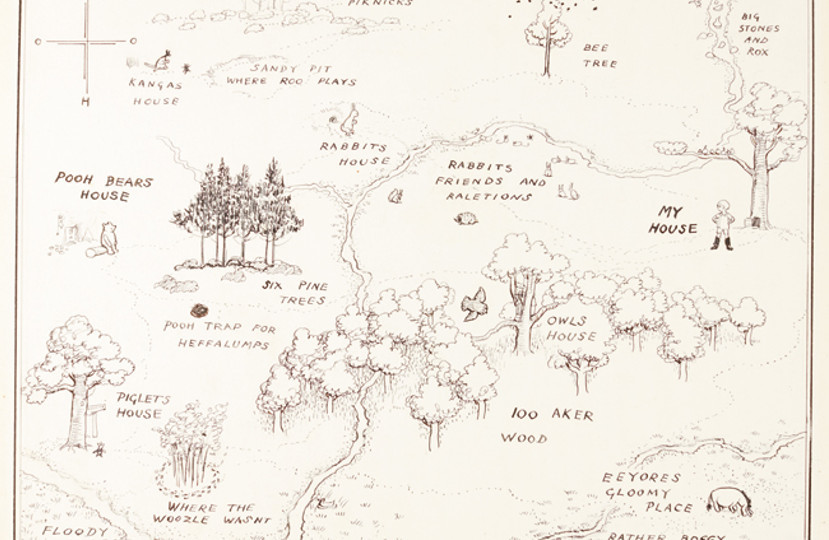 Dating to 1926, it’s based on Ashdown Forest in Sussex. This stretch of woodland surrounds Cotchford Farm, acquired by author AA Milne as a country bolthole earlier that same year.

Milne’s new surroundings proved a powerful source of inspiration. Taking his son Christopher’s cohort of stuffed toys as his cast of characters, he began writing stories of their adventures in the nearby forest.

The topography of Ashdown Forest is almost identical to Hundred Acre Wood, with many of the features laid out in the map still visible today. It was produced by Shepard in collaboration with Milne (it’s inscribed “Drawn by me and Mr Shepard helpd”) and was reproduced in the first book.

An exquisite Shepard drawing of Christopher Robin and Winnie-the-Pooh titled “…By-and-by they came to an enchanted place on the very top of the forest…” made £200,000 ($265,006).

This is the second to last illustration from The House at Pooh Corner and shows the heartrending moment Christopher Robin leaves his childhood friends behind. 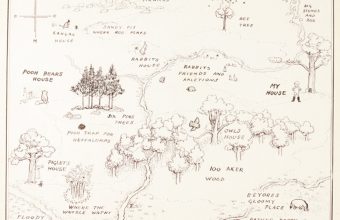