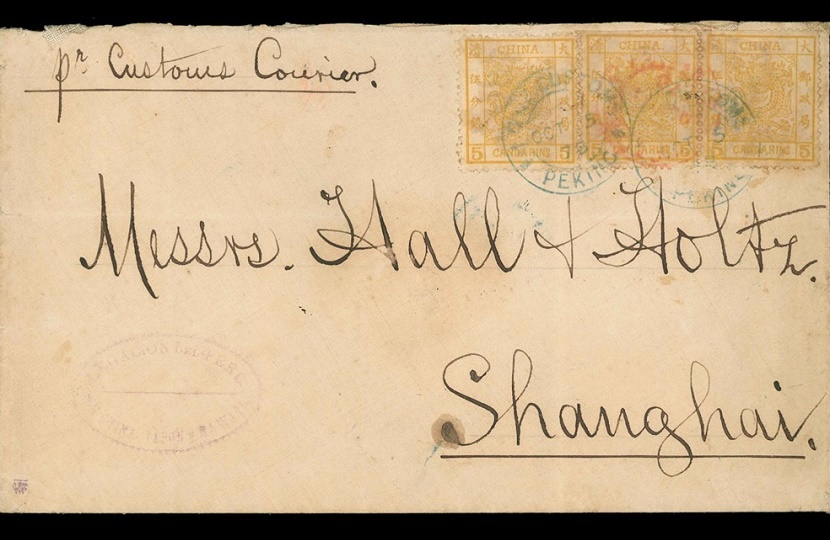 The oldest letter ever posted using Imperial Chinese stamps has sold for a record-breaking $2.43 million at auction in Hong Kong.

InterAsia Auctions later described the sale as “a vivid affirmation of the strong and vibrant market for Chinese and Hong Kong stamps and postal history”.

Due to their historic nature, Imperial Large Dragon stamps are amongst the most sought-after stamps for Chinese collectors.

The very first Chinese stamps were introduced in the Municipality of Shanghai in 1865 by the Chinese Maritime Customs postal system, but they were only designed for local use.

It would be another 13 years until the Imperial Qing dynasty ordered the creation of five postal offices in Beijing, Tianjin, Shanghai, Yantai and Newchwang, along with an official stamp that could send mail between them.

The record-breaking cover was sent from Peking to Shanghai to a Messrs. Hall and Holtz, bearing the note “pr. Customs Courier”, and the use of three orange 5 Candarin stamps suggests a registered letter of some importance.

Just four 1878 postal covers bearing Large Dragon stamps are known to exist, of which this example is the earliest. Interestingly, all four are believed to be part of the same chain of correspondence between the same two senders in Peking and Shanghai.

It was set back in 1993 by the ‘Bordeaux’ cover: a letter sent on October 4, 1847 from the tiny island of Mauritius to Bordeaux in France, confirming an order for 30 barrels of wine.

The British colony of Mauritius issued two stamps in 1848, the One Penny Orange and the Two Penny Blue stamps, and printed just 500 examples of each.

Today they are considered amongst the rarest postage stamps ever produced, and the Bordeaux cover features one of each, earning it the title of “the greatest item in all philately”.

It was discovered accidentally by a young French boy in 1902, and – having passed through some of the world’s finest stamp collections – sold in Zurich in 1993 for a record $3.82 million. 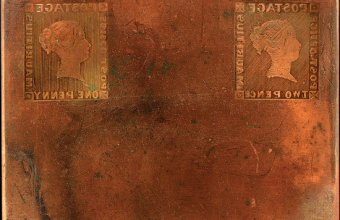