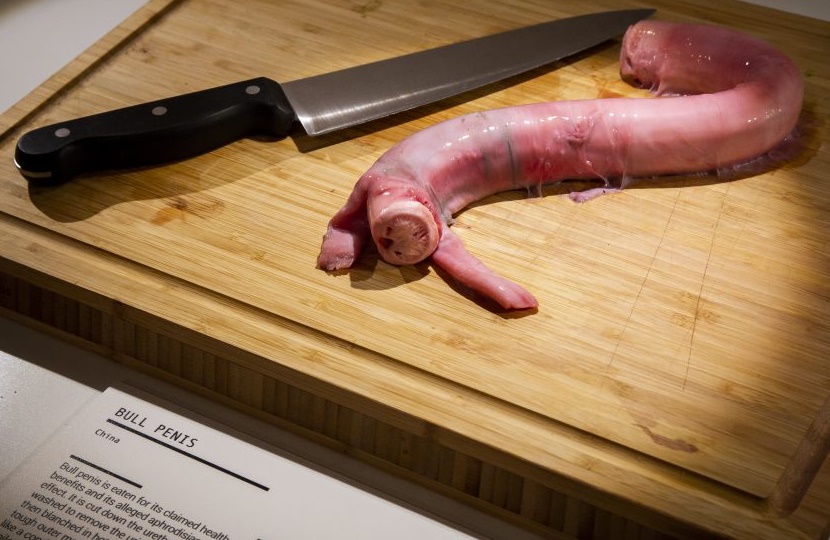 A new interactive museum in Sweden is set to offer visitors a (revolting) taste of the world’s most disgusting foods.

The pop-up exhibition, which opens in Malmo on October 29, will feature 80 of the world’s most notorious edibles – from rotten shark to maggot-infested cheese.

Brave visitors will have the chance to smell taste and touch many of the exhibits – although a lead-lined stomach and a nose of steel may be required for many of the delicacies.

The man behind The Disgusting Food Museum is Dr Samuel West, an American psychologist who also opened the highly successful Museum of Failure in Sweden in 2017.

That exhibition, dedicated to failed products from around the world, now has franchises in Toronto and Los Angeles, and West is hoping his new venture will capture the public imagination in a similar manner.

“They’re both fun, but the food museum is much more relatable and much more interactive,” West told The Local. “You can only sniff failure to a certain extent. But if you have rotten shark in your face you wish you were never born.”

All of the foodstuffs on display are considered delicacies in their home countries.

The museum looks to challenge ideas about what is and isn’t edible, and how some foods can be considered revolting by one culture, and delicious by another.

“We need to question our ideas of disgust if we’re going to consider some of the more environmentally friendly sources of protein, like insects,” said West.

One of the most pungent items on display is the infamous Durrian fruit from Thailand, which has a smell so bad it is banned from public transport and hotels across the country.

And according to West the Swedish snack of fermented herring, known as Surstömming, has a stench so strong it can barely be contained in a medical-grade research jar.

“We tested it, and tested it and were almost kicked out of our current office space because of the smell,” he said.

Most of the exhibits in the museum will be fresh – meaning one lucky staff member will be tasked with procuring a bull’s penis every couple of days.

“Which is more fun to look at, a plastic replica of some food or the real food in front of you?” added West. “It’s really fun and there’s a high risk of failure and if nobody shows up, I’m out a lot of money. A hell of a lot of money.

“The exhibit’s a pain in the ass, to be honest.”

The Disgusting Food Museum opens to the public on October 29, and runs until January 27.

(HT to Richard Orange at The Local)