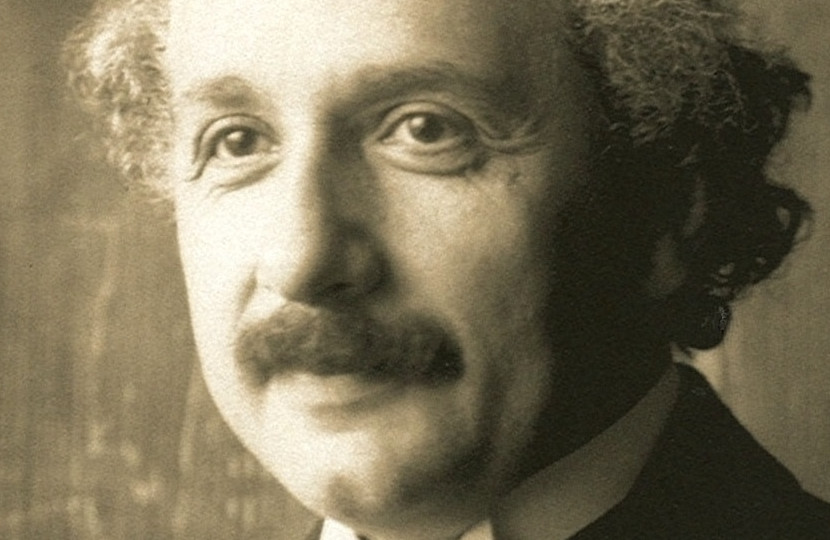 In 2008 a handwritten letter from Albert Einstein to philosopher Erik Gutkind describing belief in God as “primitive” and “childish” sold for $404,000.

That same letter will be auctioned at Christie’s New York on December 4. The auction house estimates it will bring $1m-1.5m this time around.

In 1954, Einstein received a copy of philosopher Gutkind’s Choose Life: The Biblical Call to Revolt (1952) – a book that takes a contemporary look at Judaism. Einstein was himself Jewish and was encouraged to read Gutkind’s book by a friend.

While he made an effort, it seems he didn’t make it all the way through. The letter offered in the sale begins with a polite introduction before Einstein gets to the crux of the matter. He explains that he was unable to properly engage with Gutkind’s arguments because their points of view are fundamentally different.

He writes: “The word God is for me nothing more than the expression and product of human weakness, the Bible a collection of honorable, but still purely primitive, legends which are nevertheless pretty childish.

“No interpretation, no matter how subtle, can change this for me. For me the Jewish religion like all other religions is an incarnation of the most childish superstition.

“And the Jewish people to whom I gladly belong, and whose thinking I have a deep affinity for, have no different quality for me than all other people. As far as my experience goes, they are also no better than other human groups…”

Throughout his life Einstein was clear about his lack of belief in a higher power. This text is regarded as his definitive statement on the matter.

It’s one of the two best known letters Einstein authored. The other was sent to President Franklin Roosevelt, explaining the potential of nuclear weapons and the need for the US to develop them before the Nazis.

Demand for Einstein letters has exploded over the past decade and the top prices aren’t necessarily reserved for those on the subject of science or religion.  One note he scribbled to a Japanese courier sold for a record $1.6m last year. It read:  “A calm and humble life will bring more happiness than the pursuit of success and the constant restlessness that comes with it.”

Given how well known the God letter is, and how many collectors will be competing for it this time around, there’s a strong chance it will exceed both its estimate and the record.