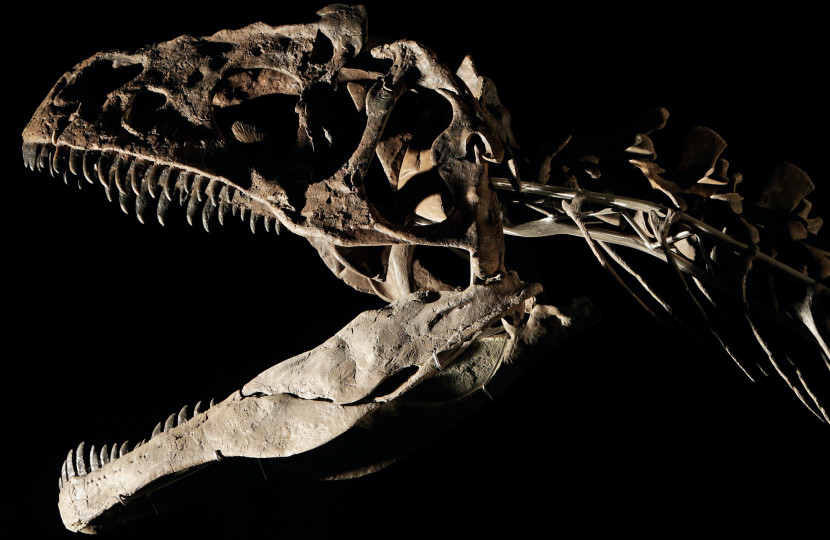 Parisian auction house Aguttes will feature a dinosaur skeleton in an upcoming sale.
The incredible lot is expected to make $1.5m-2.2m when it crosses the block on June 4.

The 163.5m-145m year old bones are as yet unidentified. They belonged to an allosaurus-like theropod measuring 9m in length, although it displays some major differences to other examples of its genus that have led some experts to suggest it may represent a whole new species.

The bones were discovered in the eastern Bighorn Mountains in Wyoming in 2013. The region is part of the Morrison Formation, a vein of sedimentary rock running through several western states that’s easily the most fertile hunting ground for dinosaur fossils in the world.

This was a region of flood plains. Dinosaurs found there would likely have died in shallow waters and been covered with silt over the millennia.

These bones were painstakingly extracted over two years. Palaeontologist Erik Mickeler, who worked with Aguttes on the listing, said: “I have examined and valued many important paleontological species and it is a real privilege to have been involved in the examination of this theropod dinosaur of a hitherto unknown species, a discovery, I am sure, that is destined to make its mark.”

The record for any dinosaur at auction is held for a T-Rex nicknamed Sue, which sold to Chicago’s Field Museum for $8.3m at Sotheby’s in 1997.

The present specimen will be on display at the Eiffel Tower in Paris in the run-up to the sale.