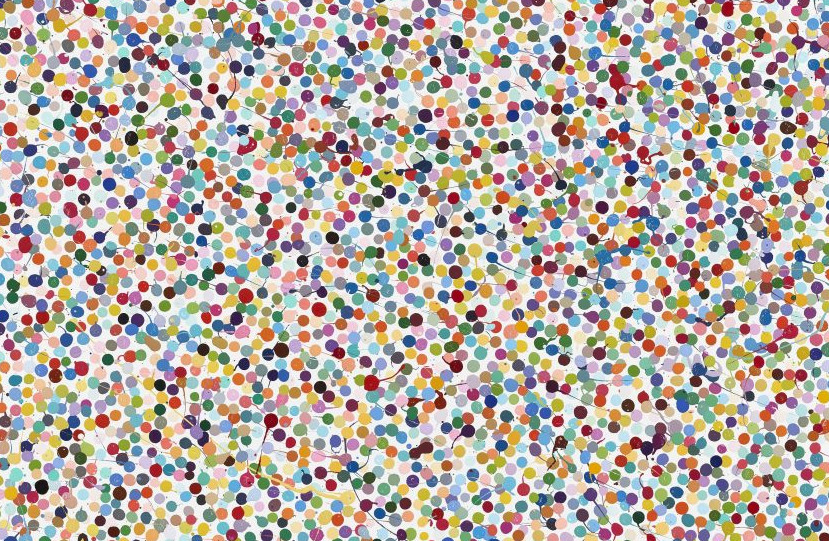 Norfolk’s Houghton Hall, one of Britain’s finest stately homes, is hosting a major exhibition of work by acclaimed artist Damien Hirst.
Titled Colour Space Paintings and Outdoor Sculptures, the show is a fascinating response to the highly unusual setting.

Hirst’s Colour Space paintings build on his iconic Spot paintings by bringing some chaos into the composition. They’re juxtaposed against the wild 19th century wallpaper and taxidermied animal heads on display in the building.

Meanwhile outside are seven large sculptures including the enormous Virgin Mother, which is based on an anatomical model of a pregnant woman.

Lord Cholmondeley, present owner of Houghton House, comments: “We are delighted to have this opportunity to show Damien Hirst’s new paintings in the State Rooms at Houghton, together with some of his best-known sculptures in the grounds. It is perhaps the first time that Hirst has shown a significant body of work in a formal country house setting. William Kent’s gilded interiors will be transformed for the duration of the show.”

Damien Hirst was a member of the groundbreaking and loosely connected group of Young British Artists (YBAs) who graduated art school in the late 1980s (others include Tracey Emin and the Chapman brothers).

Hirst was at the vanguard of the group. He made headlines in 1991 for his extraordinary work The Impossibility of Death in the Mind of Someone Living. The sculpture consisted of a tiger shark preserved in a large block of formaldehyde. The show will run from March 25 to July 15.