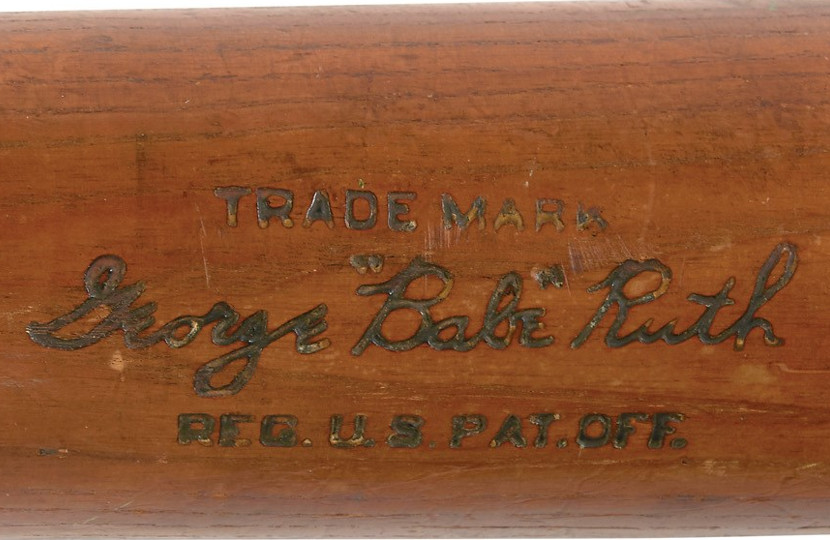 A baseball bat that might have been the one Babe Ruth used to make his 1932 “Called Shot” realised $212,587 in an online auction at Lelands on March 23.
Ruth hit the famous homer during the third game of the World Series against the Chicago Cubs at Wrigley Field.

As he stepped up to the plate, the Cubs bench jeered at him. In response Ruth (so the story goes) pointed at the centre bleachers. On his third strike, Ruth succeeded in blasting the ball at the exact spot he’d indicated.

Sports writer Joe Williams wrote in the New York World Telegram: "In the fifth, with the Cubs riding him unmercifully from the bench, Ruth pointed to center and punched a screaming liner to a spot where no ball had been hit before."

After the article came out, Ruth was quick to confirm the story. He said: "Well, I looked out at center field and pointed. I said, ‘I’m gonna hit the next pitch right past the flagpole! …As I hit the ball, every muscle in my system, every sense I had, told me that I had never hit a better one, that as long as I lived nothing would ever feel as good as this one."

There are dissenting opinions on whether Ruth actually predicted a home run. Cubs pitcher Charlie Root claimed he never saw Ruth point at the bleachers. Other accounts suggest Ruth may have been trying to call attention to a loose scoreboard.

There’s also no definitive proof that this is the bat he used, although it is from the correct era. The auction house explained: “Further evidence comes in the form of a carved, vintage arrow pointing to the deepest, hardest hit ball mark on the barrel of the bat. Ruth is known for the unique habit of making notches on his bats denoting important home runs, so this arrow could be pointing, like Ruth’s called shot itself, to a home run of particular significance.”

The record for a Babe Ruth bat is $1.2m, set for the one he used to hit his first home run at the newly opened Yankee Stadium in 1923.