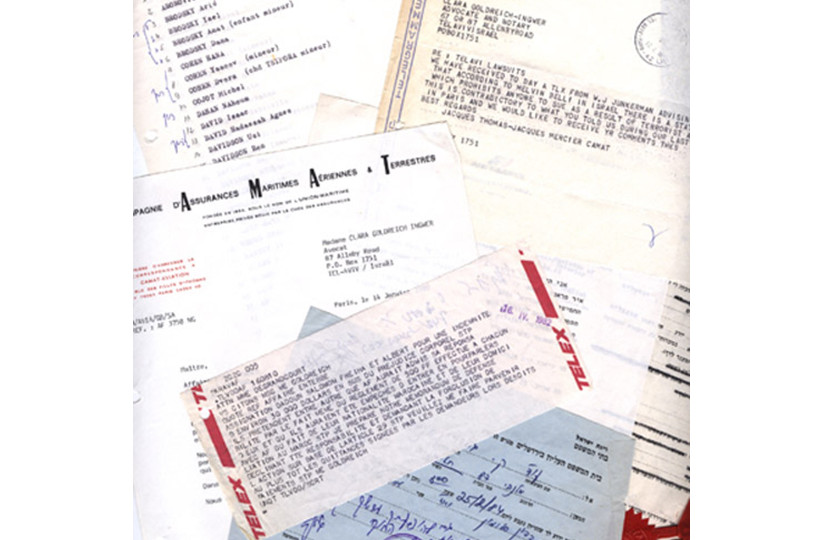 An archive of documents connected with the 1976 Entebbe raid is set to cross the block in an online sale at University Archives on April 10 with an estimate of up to $12,000.
At 12:30 on June 27, 1976 Air France flight 139 from Tel Aviv for Paris took off from Athens following a stopover in the Greek capital. Shortly after takeoff, four armed passengers (members of the People’s Front for Palestine and the leftwing German terror group Revolutionary Cells) hijacked the plane.

The flight was diverted to Entebbe airport in Uganda. The terrorists were supported by Ugandan dictator Idi Amin, who posted his own troops to guard the perimeter.

All 148 non-Israeli passengers were freed and flown on to France, while the 94 Israelis and 12 crew members were held as hostages. The terrorists informed the media they would be killed unless the Israeli government freed a number of Palestinian political prisoners.

A week later, the Israeli Defence Force (IDF) launched a daring raid on the airport using 100 highly trained commandos. The operation freed all but four hostages – with all four hijackers and 45 Ugandan soldiers killed.

The raid has been depicted in a host of films, including the 1976 made for TV movie Victory at Entebbe (starring Anthony Hopkins and Kirk Douglas) and the 2006 drama The Last King of Scotland.

The collection includes plane tickets from passengers, newspaper articles and letters – as well as documents relating to a series of lawsuits filed against Air France in the aftermath of the attack.